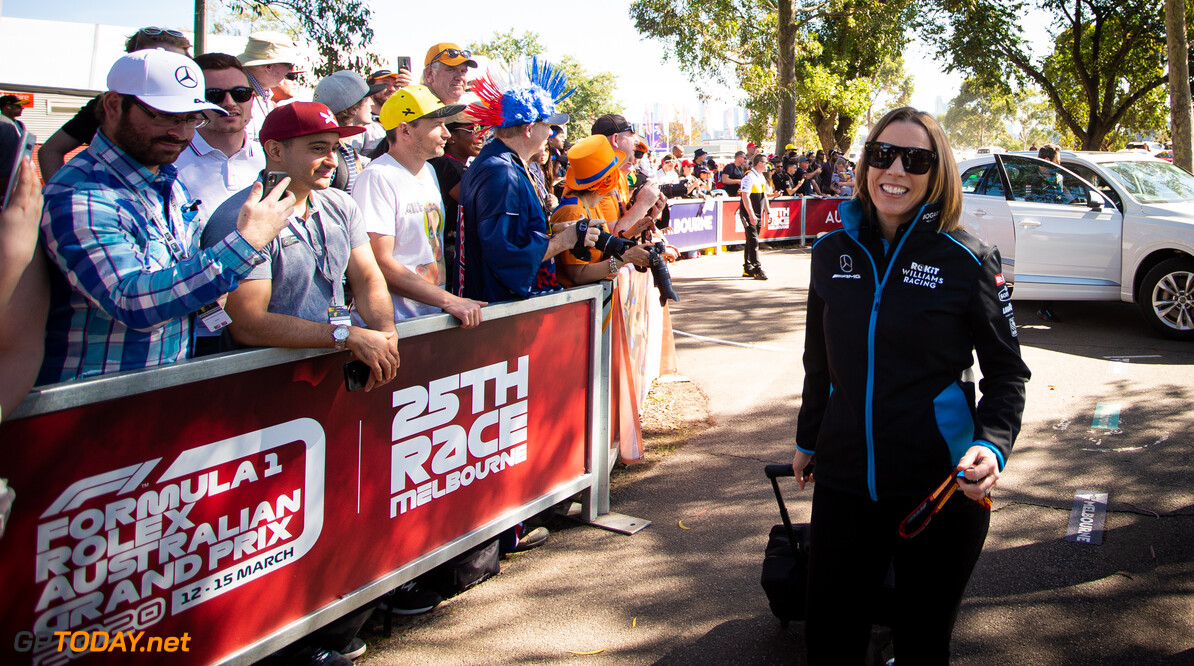 Claire Williams: Sale of team should only be viewed as positive

Deputy team principal of the Williams Formula 1 team Claire Williams states the potential sale of her team should only be viewed as a positive move.

Last week, the Grove-based squad announced that it had commenced the process of a formal sale, highlighting that it is in discussions with potential investors.

It also confirmed that it had ended its deal with title sponsor ROKiT effective immediately. Williams' F1 revenue decreased last year from £130.7 million in 2018 to £95.4 million, when it was unable to contest against any other team, scoring just a single point across the season.

MORE: Claire Williams confident her team will stay in F1

However, Williams affirms that any investment from another party will only boost the potential of the outfit going forward, which should be viewed positively.

“It's funny, I've been getting so many emails of condolences from people. I get that, it's much appreciated, but I'm looking at this from a really positive perspective,” she told Sky F1.

“This is something that will ensure the future sustainability of our team and the Williams family has always been about that. We put our team first and we put its success first.

“The investment that we're looking for is going to help us achieve that. So for me, this is a good thing what we're doing, and it shouldn't be looked at in a negative, disappointing way, or anything other than positive.

“The people at Williams understand that and they're excited. This could potentially give us a very positive future.”

Williams added that there is no danger awaiting the team in 2020, as it has the budget to complete the season, regardless of how many races will be present on the schedule.

“We are so lucky with the support that we get around the world from our fans, they're the best fans out there,” she said. “I know that even some of our fans are starting crowdfunding pages for us, which is just wonderful.

“But I can absolutely, wholeheartedly promise you that we have a fully-funded budget to continue this year's calendar, whatever that calendar may look like.

“The car will still be a Willams, it will still be the same people involved putting that car on the grid on a Sunday. George and Nicholas will still be in it, the only thing that will change is we will have a slightly different livery.

“We will be giving it, as we would each and every year we go racing, our absolute all to do the best job we can.”