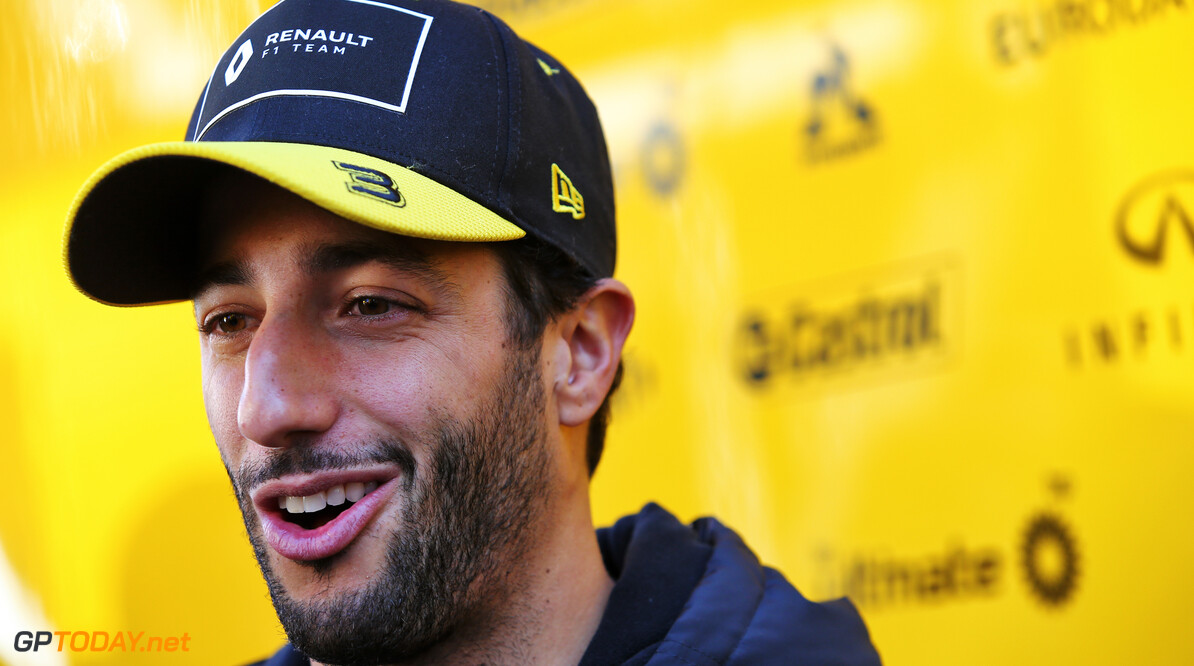 Ricciardo on Mercedes' DAS system: 'I love seeing that. Hats off to them'

Daniel Ricciardo has praised Mercedes for its revelation of the Dual-Axis Steering system in Barcelona at pre-season testing.

The Silver Arrows is using steering wheel movements to alter the angle of the W11's toe, an innovation that has not been seen on any other car this year.

Although the advantages of the system are not yet known, it has captured the interest of the paddock and was the biggest talking point during the opening week of on-track action.

Ricciardo admits he is impressed by Mercedes' willingness to push on and think of unique ideas following their dominance in the turbo-hybrid era so far.

“I love seeing that. Hats off to them because they have been dominant this whole turbo era yet they are still the ones pushing everyone else,” Ricciardo said.

“It should be us and everyone else pushing them and they’re not getting complacent. And I think that’s why they’ve been so dominant.

“They’re setting an example right now and as a competitor, I certainly respect that. And it’s good for everyone to see how far they’re willing to go.”

The system is set to remain legal for the 2020 season, however the FIA has already moved to outlaw DAS for the 2021 campaign.

Mattia Binotto, the team principal at Ferrari, stated that it will take months to replicate the design into other cars.

Ricciardo is confident that every team in the paddock is currently discussing the system, but is not sure if anyone will attempt to copy it.

“We’ll soon find out,” Ricciardo said. “I think everyone up until now, I’ve never heard of a system that talked about, so I don’t think maybe anyone had really thought about it.

“I don’t want to say anyone, but probably not many people thought about that. So I don’t know if it was ever a conversation had, but I’m sure the conversation’s happening in every team right now.”