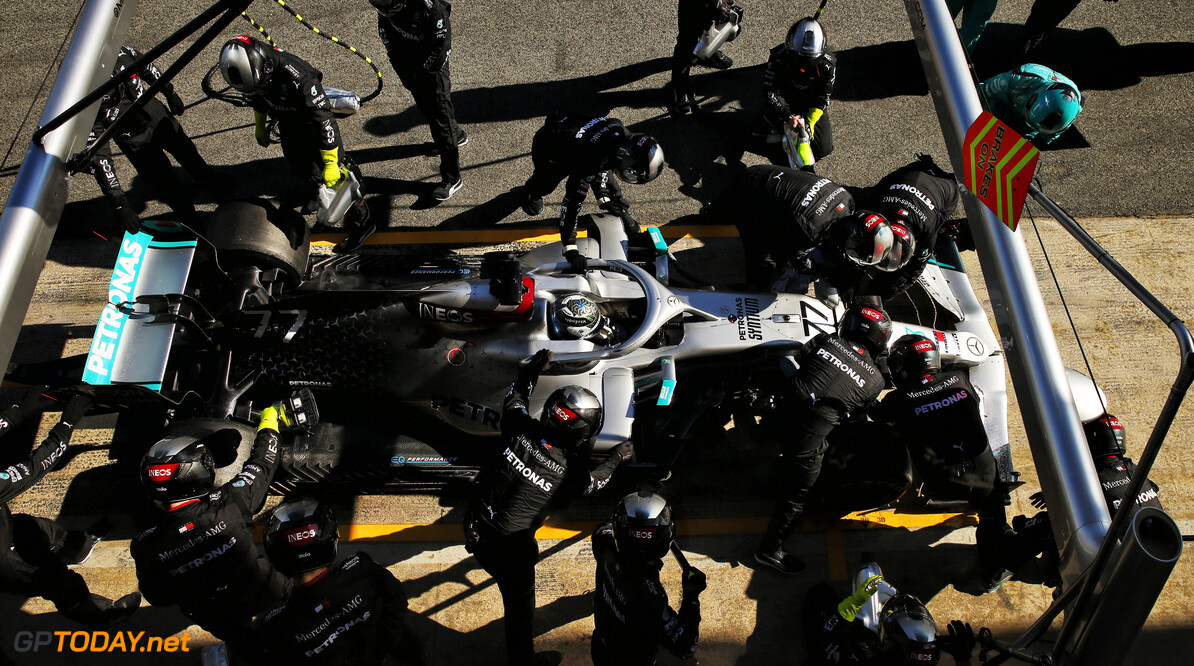 The Dual-Axis Steering system that has been unveiled by Mercedes at winter testing in Barcelona will be outlawed in 2021.

The concept involves a change of the W11's toe angle following fore and aft movements on the steering wheel, which was first spotted on the second day of running in Barcelona.

Mercedes has been in discussions with F1's governing body the FIA over its legality and affirms that it has no concerns of it being ruled illegal this year.

However, that is set to change in 2021 following new wording in the technical regulations.

Article 10.5 of F1's 2021 technical regulations states: "The re-alignment of the steered wheels, as defined by the position of the inboard attachment of the relevant suspensions members that remain a fixed distance from each other, must be uniquely defined by a monotonic function of the rotational position of a single steering wheel."

Teams are currently monitoring the system, with the idea of either copying it or contesting its legality to the FIA.

F1 is keen to stamp out any regulation loopholes for 2021, as a new car concept with different technical regulations will be introduced.

A team has been formed to analyse the rules and approach them from the engineering side to ensure that no team can find hidden advantages and gain dramatically over its rivals with a unique concept.

Mercedes is going in search of a seventh consecutive drivers' and constructors' championship this year, as it remains undefeated in the turbo-hybrid era.