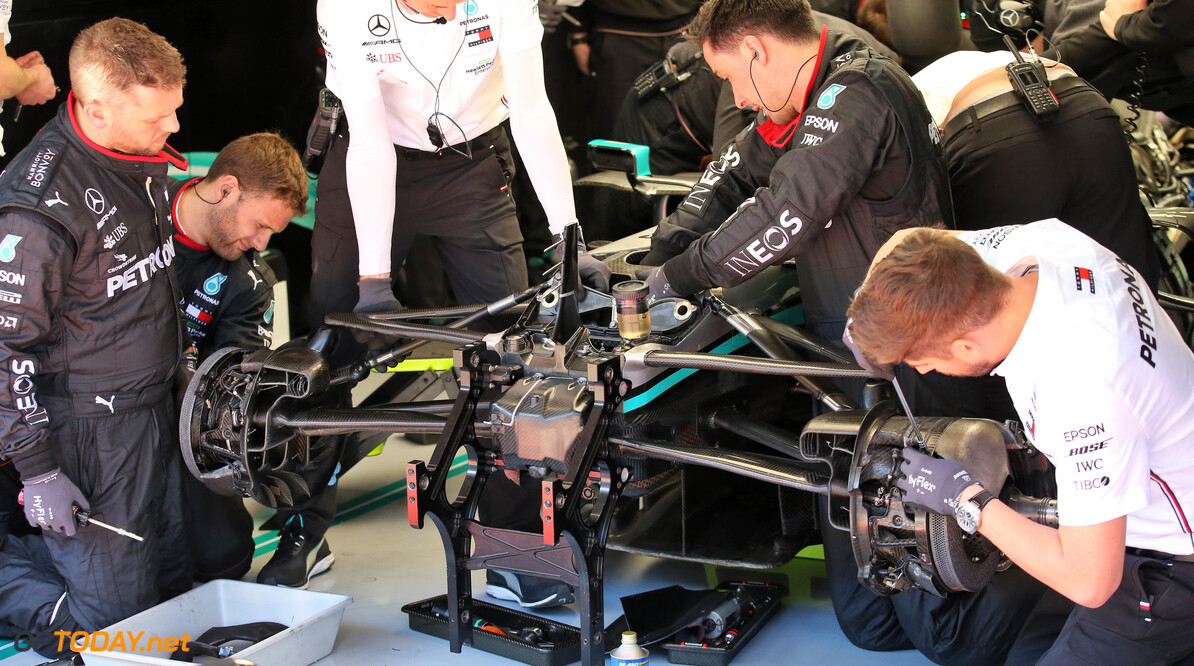 Mercedes is not worried about the new steering movement system that it has introduced on the W11 at pre-season testing.

It was spotted for the first time on Thursday morning, with the toe adjusting as the driver pulls and pushes on the steering wheel.

The system caused widespread interest in the paddock over speculation on what it does - a topic that Mercedes is remaining tight-lipped on.

The new concept has been named 'DAS', which stands for Dual Axis Steering. Early suggestions state that it retains tyre temperature along the straight.

"We would shed a great deal of more light than what you see on the TV, but we have a system in the cars, a novel idea," Allison said.

"We've got a name for it, it's called DAS. It just introduces an extra dimension to the steering and the driver that we hope will be useful during the year.

"Precisely how we use it and why we use it, that's something that we will keep to ourselves.

When asked if he was worried about the legality of the system, Allison replied: "Not really.

"This isn't news to the FIA. It’s something we have been talking to them about for some time. The rules are pretty clear about what’s permitted on steering systems. We're confident that it matches all of those requirements.”

Hamilton clocked 106 laps at the wheel of the W11 on Thursday morning, before handing over to teammate Valtteri Bottas for the afternoon.

The six-time world champion remained cautious over his comments on the DAS system but is happy with how Mercedes continues to innovate.

"I've only had one morning with it so I don't really have a lot to talk about with it. We're trying to understand it. Safety-wise, there was no problems today. The FIA are okay with the projects.

"For me, it's encouraging that the team is innovating and staying ahead of the game. THat's down to the great minds we have working at this team."