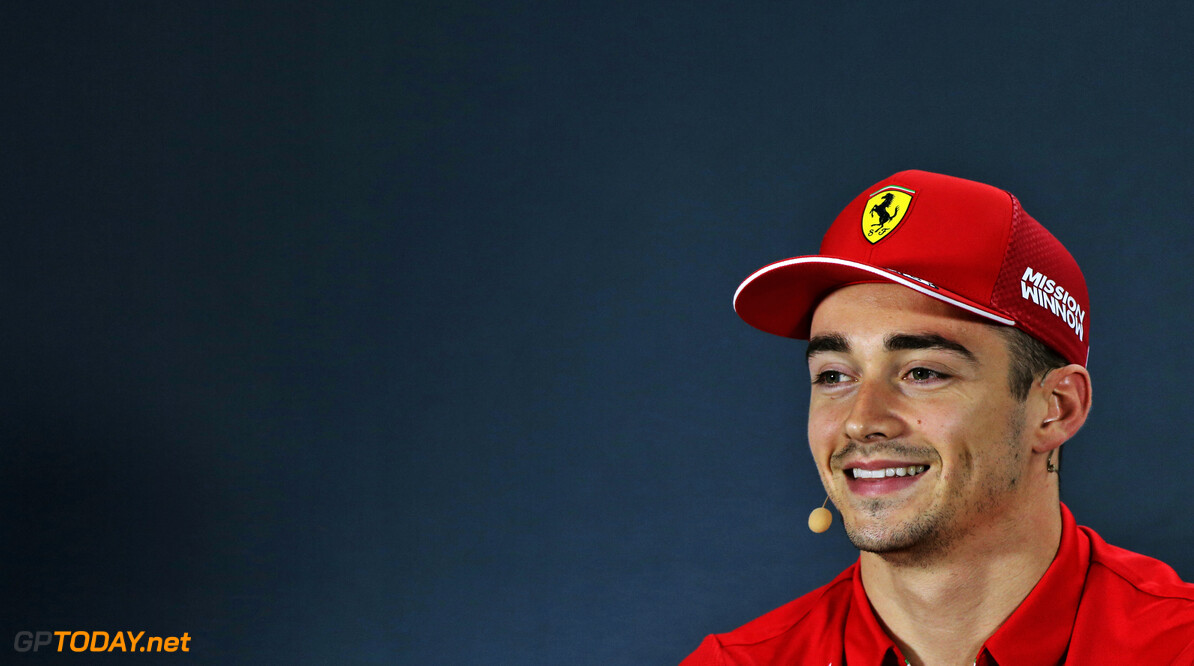 Ferrari 'got a little angry' at Leclerc following skydive

Charles Leclerc has revealed that Ferrari "got a little angry" with him after he opted to take part in a skydive without the Scuderia team's permission.

Leclerc joined Ferrari's F1 team in 2019 after spending a number of years as part of its junior driver programme.

The Monegasque won two races throughout the season, and ended up as the driver with the most pole positions, tallying up seven during the 21-race year.

The impressive performances from Leclerc opted Ferrari to tie him down on a long-term deal, as he recently extended his contract to 2024.

However, the 22-year-old has spoken out about a minor incident with his new team that saw them become unhappy with him.

"Normally if I have something a little out of the ordinary in mind, I always ask Ferrari," he is quoted by La Gazzetta dello Sport.

"But in the case of the parachute jump I made an exception. I said to myself that even if there was a problem I don't think I would have the opportunity to be scolded," Leclerc laughed.

"When they found out they got a little angry, but I won't do it a second time."

1st skydive today. What an amazing experience, jumping alone is next on the list 😬

Leclerc would love to try bikes

Leclerc added that he has a love for motorbikes, and would love to try out a racing bike in the future.

Recently, Lewis Hamilton and Valentino Rossi swapped rides in Valencia, as the former also has a fondness for two wheels.

Leclerc ensured that he would seek permission from Ferrari to take part in such an event, however, he is not confident that he would receive approval.

"I would love to try it out because I like motorcycles in general," he is quoted by Speed Week. "But I'm not sure if Ferrari feels the same. I would have to ask for permission first, and I don't know if I would get it."