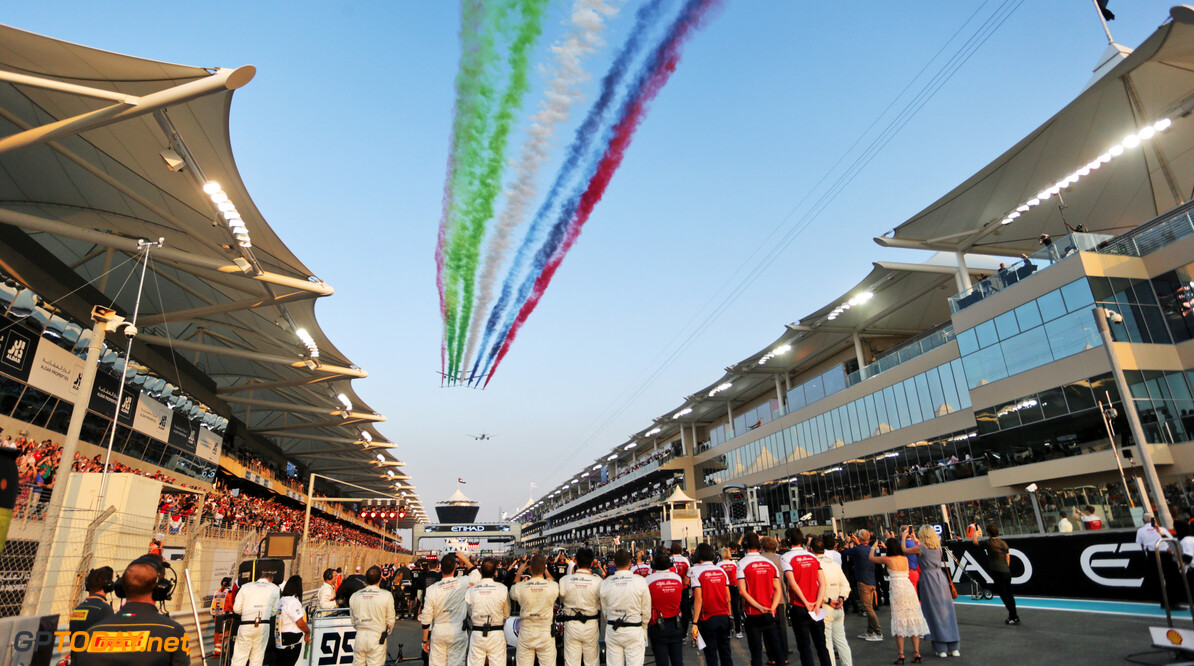 Haas team principal Guenther Steiner believes that Yas Marina Circuit is a strong place for Formula 1 to host the final race of the season.

The track in Abu Dhabi first hosted the season finale in 2009, and again in 2010, when Sebastian Vettel clinched his first world championship.

It has held the last race of the campaign every year since 2014, with Lewis Hamilton winning his 2014 crown there, before Nico Rosberg became champion two years later in the Middle Eastern country.

The track has received some criticism for its layout and lack of exciting final races, but Steiner says it is impossible to predict how exciting a race or championship will be.

"We can’t decide where we have a good show or not. It’s so unpredictable. I think as a venue it’s a very nice place to finish the season.

"Racing here, I don’t know… it's because of the track layout, it's never really been a very good show. But today, Lewis walked away with it," Steiner said of Hamilton's win last weekend.

"I don’t think it was a bad show. Some of the races this year were very interesting so you always compare it. ‘This was good’ and if the next is mediocre, it’s bad."

Prior to Abu Dhabi becoming the traditional end of season race, Brazil held the final round of the year, which saw some exciting title deciders such as 2008 and 2012.

But Steiner says Abu Dhabi creates its own special atmosphere, even if a greater sporting impact is generated in Sao Paulo.

"I don’t think it’s the wrong place, would you like to finish the season in Brazil? Yes from the sporting point, but the whole atmosphere, it’s great here. More like the people, for the show and not the sport, this is good.

"Look at the amount of people that come here, people having fun. It’s a very good place. The racing is sometimes not the best here but we always say ‘we need to have better race cars’.