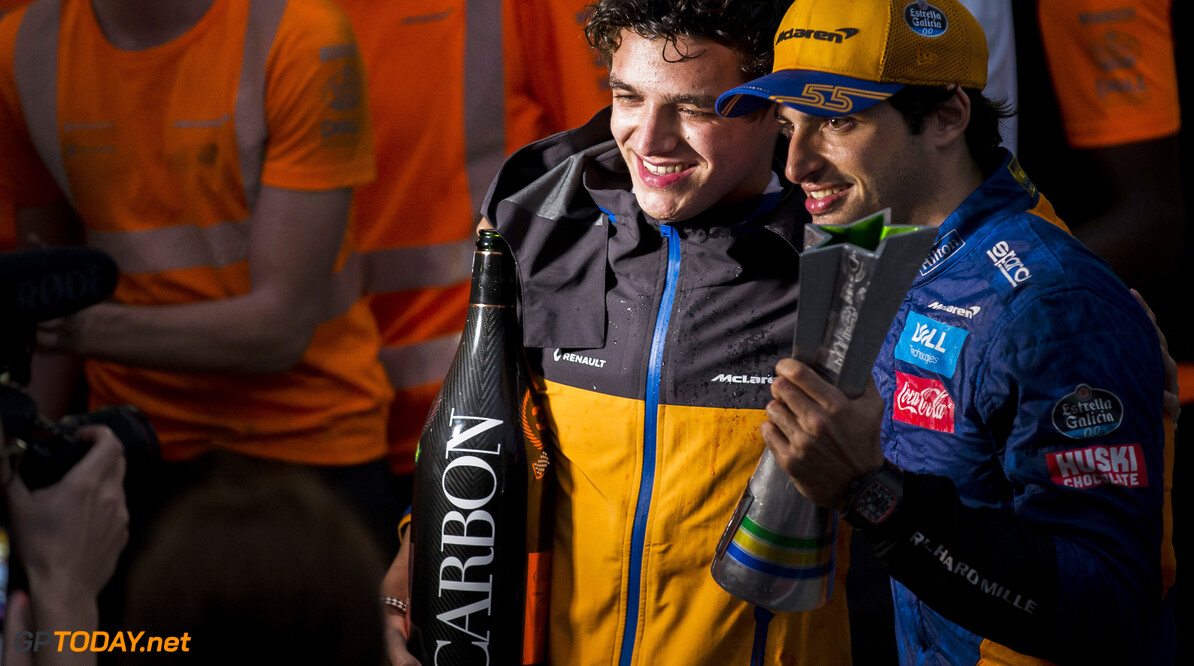 Norris relationship could strain, but not end with title chance - Sainz

McLaren driver Carlos Sainz believes that there is a very positive relationship within the team, both between himself and teammate Lando Norris, and within the team itself.

Sainz, who took his first F1 podium after last weekend's Brazilian Grand Prix, spoke of how he feels that the atmosphere and positive relationship between himself and Norris is allowing the team to have a more positive and friendly vibe, while also staying determined to continue its improved form this year.

"We are enjoying it and there is a lot of banter between us and everything I think it's also helping the team to have a relaxed atmosphere but at the same team to work hard."

With McLaren continuing to improve and move up the order, Sainz thinks that the relationship between himself and Norris will not get any worse at the cost of challenging each other for a possible future championship.

Sainz admitted however that he does believe that the relationship could be strained but still thinks that both himself and Lando can continue the friendship that they have become known for this season.

"Hopefully not very long because it would mean the team would be fighting for championships soon," Sainz added. "I guess it's going to last long enough for people to enjoy it.