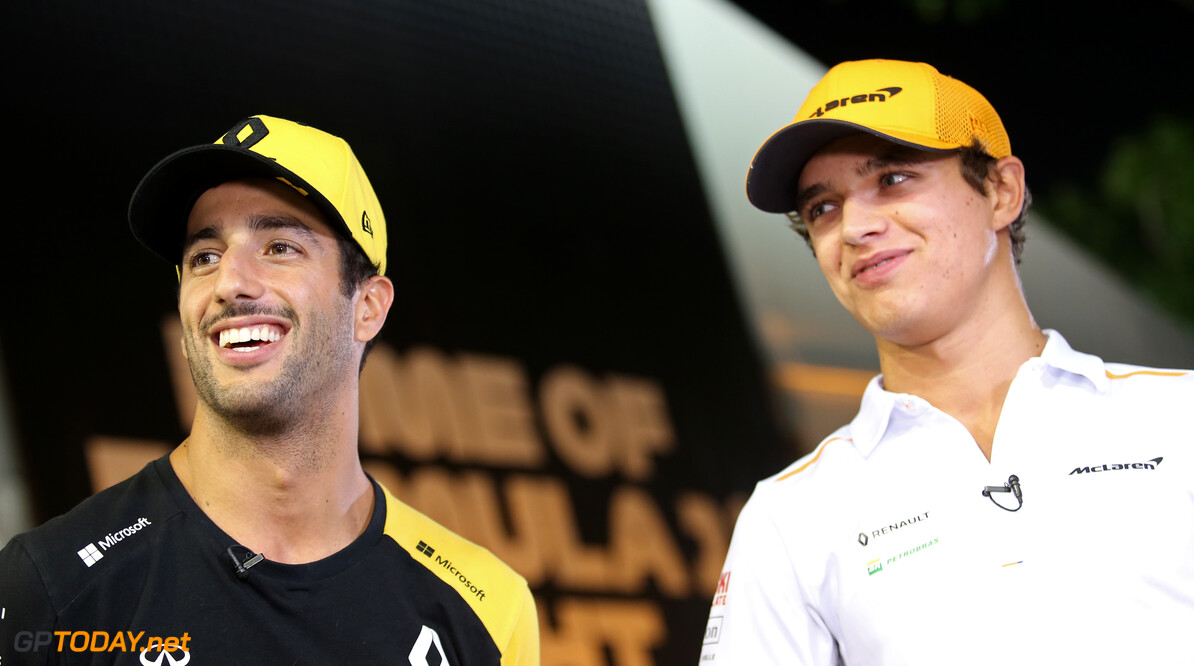 Daniel Ricciardo has stated that he is aiming to keep the pressure on McLaren this weekend in Mexico as the two battle for fourth in the constructors' championship.

With four rounds remaining in the 2019 season, McLaren holds a 34 point gap over Renault, with the Woking squad on course to take its highest championship finish since 2012.

Despite the deficit, McLaren team principal Andreas Seidl affirms that the team is not getting complacent with its position and that it still sees Renault as a threat.

The Autodromo Hermanos Rodriquez hosts the Mexican GP this weekend, the track that Ricciardo took his last pole position to date at.

"Mexico is an awesome place and I really enjoy going there," said the Australian. "The atmosphere in the paddock is full of life and quite vibrant.

"The pole position last year was pretty memorable. It was an exciting lap, putting it all together at the end; it was special. If we can get into Q3 and be first of the midfield this weekend then that will be pretty good too.

"We’ve been on a disappointing run recently so we deserved the result in Japan. We’re aiming to carry some momentum now in Mexico. The target is to better the McLarens and outscore them to keep the pressure on."

Renault ended the 2018 campaign in fourth place, and currently has scored 15 points less than what it at the same point last season.

Ricciardo's teammate Nico Hulkenberg added that the season is at the "business end" and that all points scored in the remaining races will be vital.

"Mexico has a really cool atmosphere," Hulkenberg said. "The circuit is quite old with a lot of history and you really feel that vibe when you’re there.

"It’s a tricky little circuit. It’s high altitude and that changes the racing dynamic quite a bit. The car has less downforce, a lot less drag, so we’re fast down the straights and then under braking the car feels like it has a lot less grip.

"It’s quite a unique feeling and one you have to get used to. It’s important we score well again in Mexico. We’re approaching the business end of the season and everything has to count."