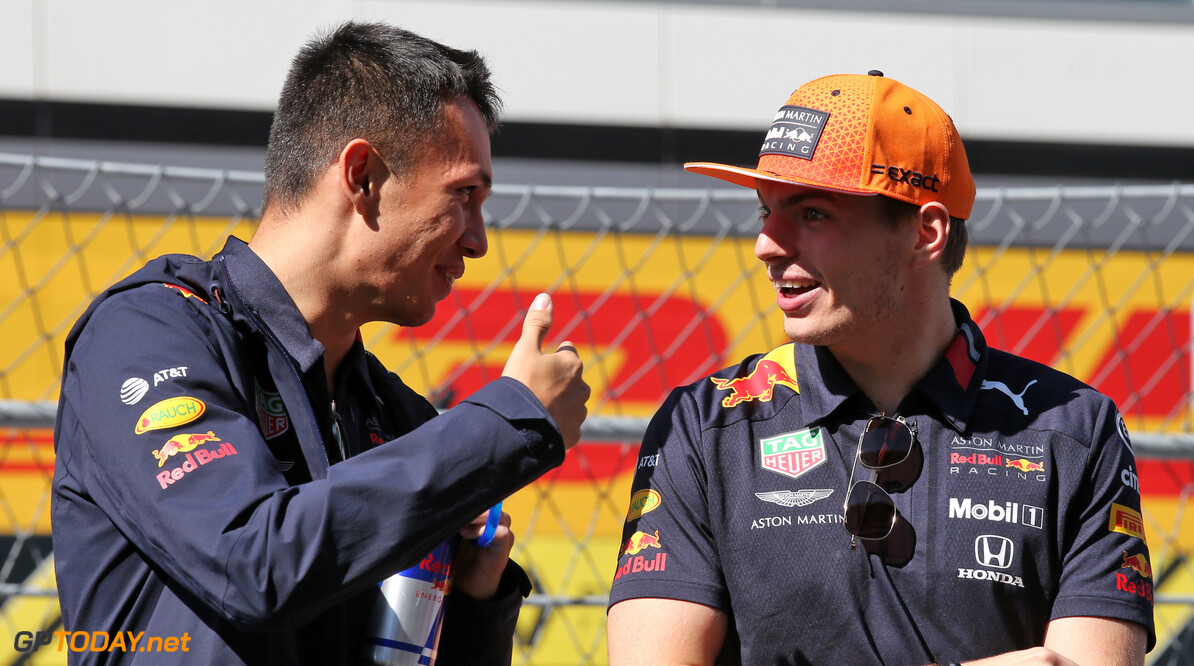 Max Verstappen affirms that he is not contributing to Red Bull's decision for its driver line-up for the 2020 season.

Verstappen will stay at the energy drink squad next year, which will be his fifth with the senior squad, having joined Red Bull after a handful of rounds into the 2016 campaign.

In 2019, the Dutchman started the season off alongside Pierre Gasly, who was promoted from Toro Rosso following the departure of Daniel Ricciardo.

However, in August, Red Bull took the decision to send Gasly back to Toro Rosso as it was unhappy with his performances and brought in Alexander Albon, who is currently in his debut F1 season.

MORE: Button: Verstappen the fastest to ever to drive an F1 car | Horner: 2020 Red Bull seat is Albon's to lose

Red Bull has previously clarified that the second 2020 seat will go to either Gasly or Albon - but Verstappen states that he has no say in the team's discussions.

"I'm not a deciding factor, and I also don't want to be," Verstappen asserted. "At the end of the day, I don't mind who is sitting next to me. They [Christian Horner and Helmut Marko] are the bosses, so I'm a deciding factor."

Speaking about his relationship with Albon, Verstappen admitted that it is not that dissimilar to the relationship he had with Gasly earlier in the season.

"He's good, I enjoy working with him, he's very relaxed. But it's no different to Pierre, I also really liked working with Pierre, he was a really nice guy.

"So far [with Albon], we drive the car in similar ways, everybody has their own style but I think that we are both looking for the same thing, so that is good."