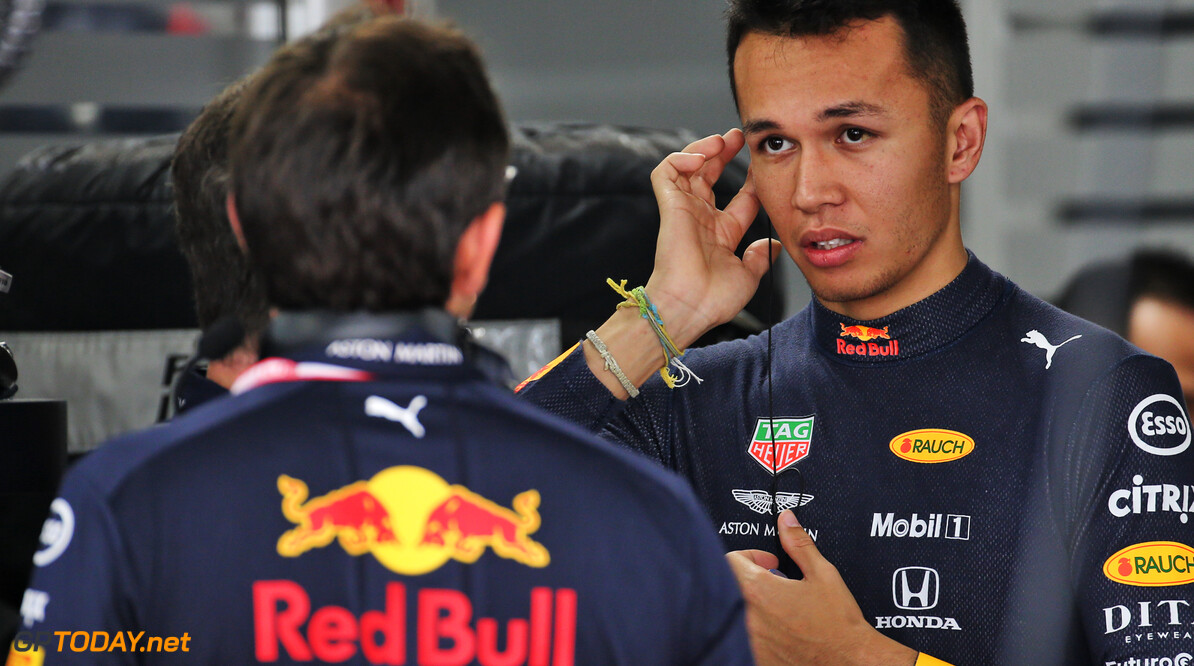 Red Bull team principal Christian Horner says that a seat at the energy drink squad for 2020 is Alexander Albon's to lose.

Albon joined Red Bull midway through the current season, stepping in for Pierre Gasly who struggled to get up to speed in his first year at the senior team, following a full season at Toro Rosso in 2018.

Albon started the 2019 season with Toro Rosso and enjoyed the first half to his rookie season in F1, achieving a best result of sixth at the German Grand Prix.

Since joining Red Bull, the Thai-British driver has finished each race inside the top six, scoring a fourth-place finish last time out at Suzuka -  a career-best.

MORE: Norris: It's good that Albon didn't get a penalty | Albon: 'More happy with qualifying' than career-best finish

Horner was impressed by Albon's qualifying speed in Japan, as he set the exact same lap time as teammate Max Verstappen in Q3.

"First of all I think Alex did an amazing job to match Max’s time. It was his first time here at Suzuka, a really tricky, drivers circuit,” Horner told Channel 4.

“He’s certainly making a really good play for it. It’s his seat to lose in many respects and I think everything he’s done so far he’s done a super job.”

Horner added that it has "plenty of time" to decide on its 2020 line-up, previously stating that the seat alongside Verstappen would go to either Albon or Gasly.

Speaking about Albon's race at Suzuka, Horner stated that Albon did well to make his way back past the McLarens after losing out to them at the start.

“He drove a good race," Horner reflected. "He had a bad start, but then recovered well and passed Lando, caught Carlos and passed him on the lap that Carlos pitted on, and then he made the two-stop strategy work."