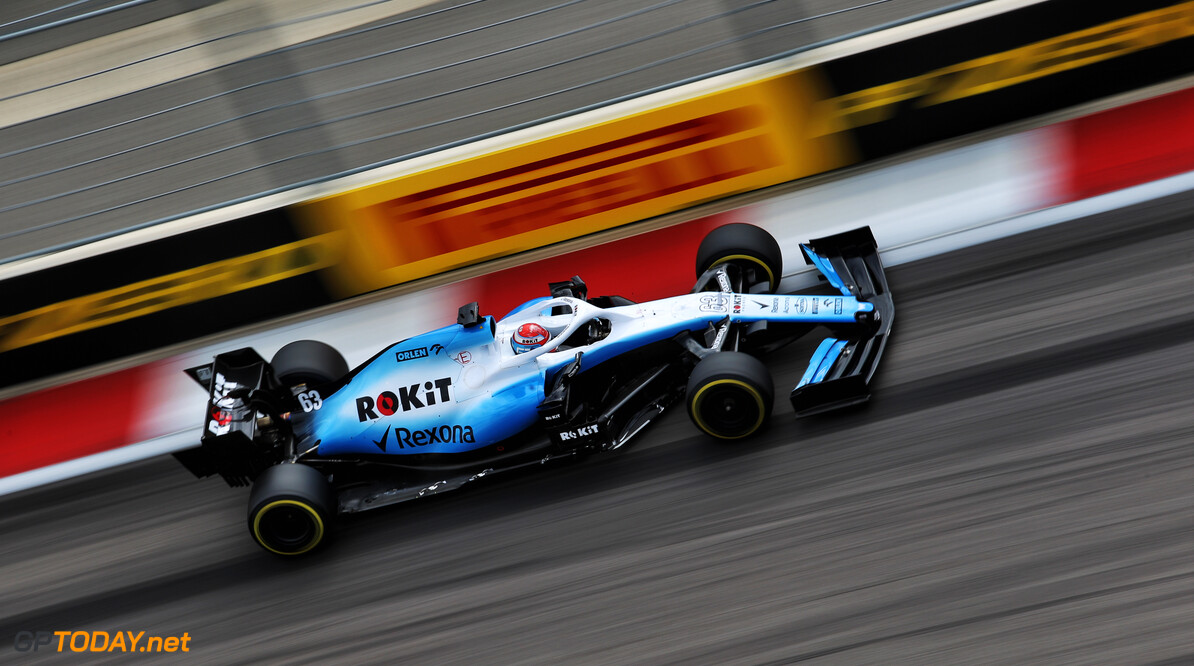 Russell: Williams' 2019 reset has been 'really beneficial' for the team

Williams' George Russell believes the team's reset this season has been beneficial in helping it understand its core problems.

The Grove squad has been consistently competing at the back of the grid this season, unable to fight against the other teams that make up the midfield pack.

Russell says that Williams has taken a step back to deeply analyse where the root of its problems lie, which he believes were also present in the first years of the hybrid era.

"This year has given us a really big opportunity to explore some more with extreme set ups, how we prepare the tyres and this, that and the other," Russell said.

"If you are fighting with the midfield, you might be reluctant to try something drastic because each weekend is a possibility. For us, we know where we will be regardless.

"And that gives us the opportunity to gain the learning on certain things like that, creating the best car mechanically, regardless of aero.

"Having this big reset has been really beneficial. Things back at the factory, getting things right that weren't correct, the team had a fast car back in '14, '15, '16.

"But they were definitely some issues then that were under the radar because the car was so quick and the engine was very strong.

"It sort of all comes at once, we've started looking at the details more now when you have a situation like this."

Williams has scored one point this season, courtesy of Robert Kubica, who was promoted up into 10th place following post-race penalties for both Alfa Romeo's in Germany.