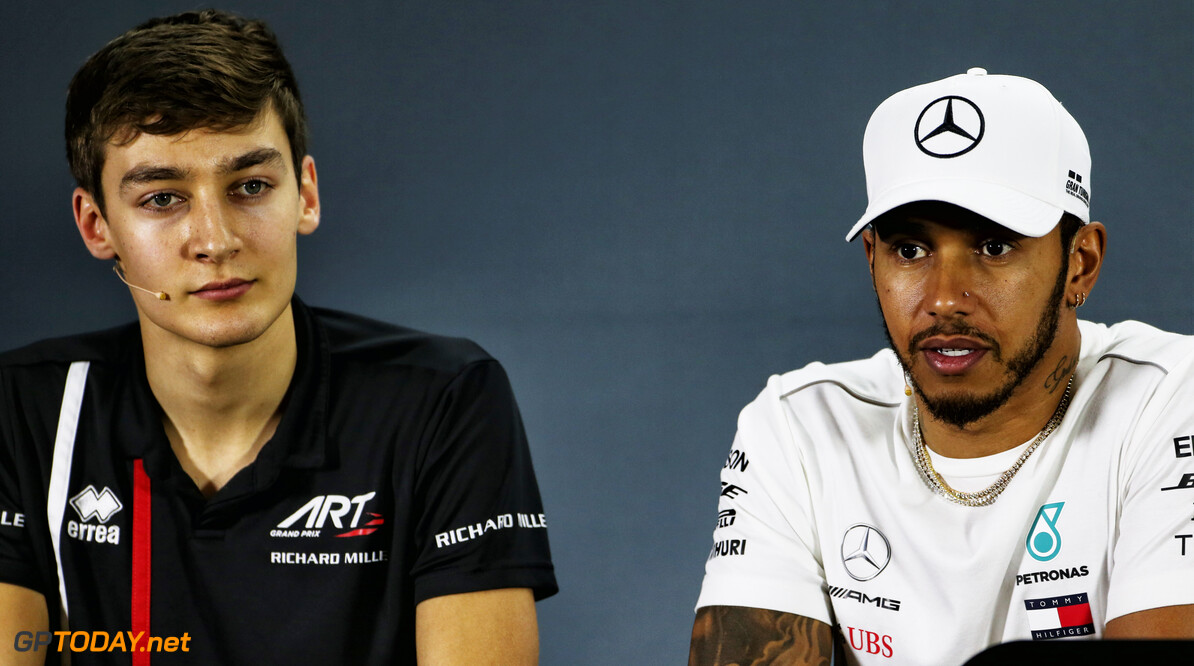 George Russell says that Lewis Hamilton is the most complete racing driver he has ever known, adding that he would be his "ultimate teammate".

Russell is currently in his rookie season in Formula 1, racing for Williams who is struggling at the back of the field.

The Briton is currently on zero points, but the 2018 Formula 2 champion has consistently out-performed teammate Robert Kubica this year.

When asked by media including GPToday.net who his ultimate teammate in F1 would be, Russell replied: "Lewis Hamilton. He's the most complete driver that I've ever come across. Just with the details and everything, it's exceptional."

Russell has learned 'quite a lot' from Hamilton

Before gaining his promotion to a full-time race seat this season, Russell, a Mercedes junior driver, worked with the German manufacturer while he competed in GP3 and Formula 2.

Russell says that he has learned "quite a lot" of things from Hamilton, and has tried to adopt them over to his driving still throughout his maiden year in F1.

"Firstly, I recognised that he doesn't just rely on natural talent to be quick," Russel said. "He goes into every single detail to try and be better and better. He's one of the most hardworking people I think I've come across in the paddock which I think shocks a lot of people.

"There have definitely been a few little techniques that I saw him doing that I've tried to adopt to help me go faster, especially in a race distance, less so over one lap."

Williams will 'definitely' have a better race car in 2020

Despite being in only his first season of F1, Russell says he has heavy communication with his engineers to improve the car, while also providing input on the 2020 challenger.

Russell is adamant that Williams will have a better race car next season, and that he has complete faith in the aerodynamic team to make gains.

"I'm always providing inputting on things outside of aerodynamic," Russell affirmed. "F1 at the moment is dominated by the aero, and I'm definitely not intelligent enough to understand any of this, I'll leave that to the genius'.

"But for everything else, I can cite how I want the brakes to work, the feeling in the steering wheel, the mechanical balance in the corner, the ride of the car over the kerbs, that's where I've been having a big input.

"The details all add up. But ultimately, you could have the best car underneath you, but if the aerodynamics aren't working as they should, then it's going to be slow.

"We'll definitely have a better race car next year, we're just putting our faith in the aero guys to do their job. At the moment we're definitely on course for a stronger next year."