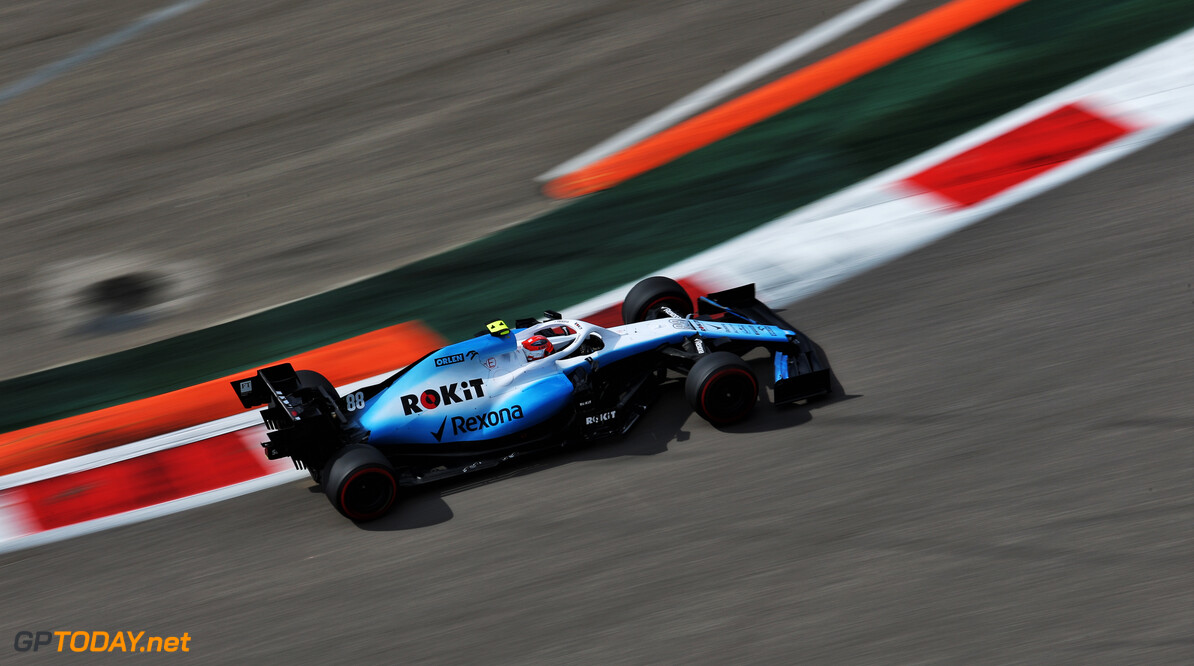 Williams has given further explanation as to why it retired Robert Kubica's car from the Russian Grand Prix following George Russell's crash.

The Grove squad stated that it was forced to pull the #88 car from the race as it was worried about the accident damage that had built up over the back-to-back races in Singapore and Russia.

Russell retired from the race in Singapore after coming together with Romain Grosjean - suffering his and Williams' first DNF of the season.

In Russia, he crashed out after hitting the barrier due to a technical failure - which Williams has also expanded on, explaining that a problem with the wheel nut retainer was the cause of the accident.

"‘We found an issue with the wheel nut retainer on George’s car, which led to the front-right wheel not sitting perfectly," read a statement from Williams.

"This caused a lock-up under braking. The design is very mature and well-proven. The remaining inventory will be inspected thoroughly, and we do not anticipate a repeat of the issue."

This led the team to take Kubica out of the race, meaning he sustained his first non-finish of the year.

On Thursday, Kubica and Williams' sponsor PKN Orlen demanded clarification as to why Wiliams decided to retire the Polish driver's car, despite there being no apparent problem with it.

"Unfortunately, we were forced to retire Robert’s car due to the amount of accident damage we sustained in the Singapore-Russia back-to-back races in order to protect ourselves going into the next events.

"The team has worked extremely hard to ensure race quantities have improved ahead of Japan and the final races."