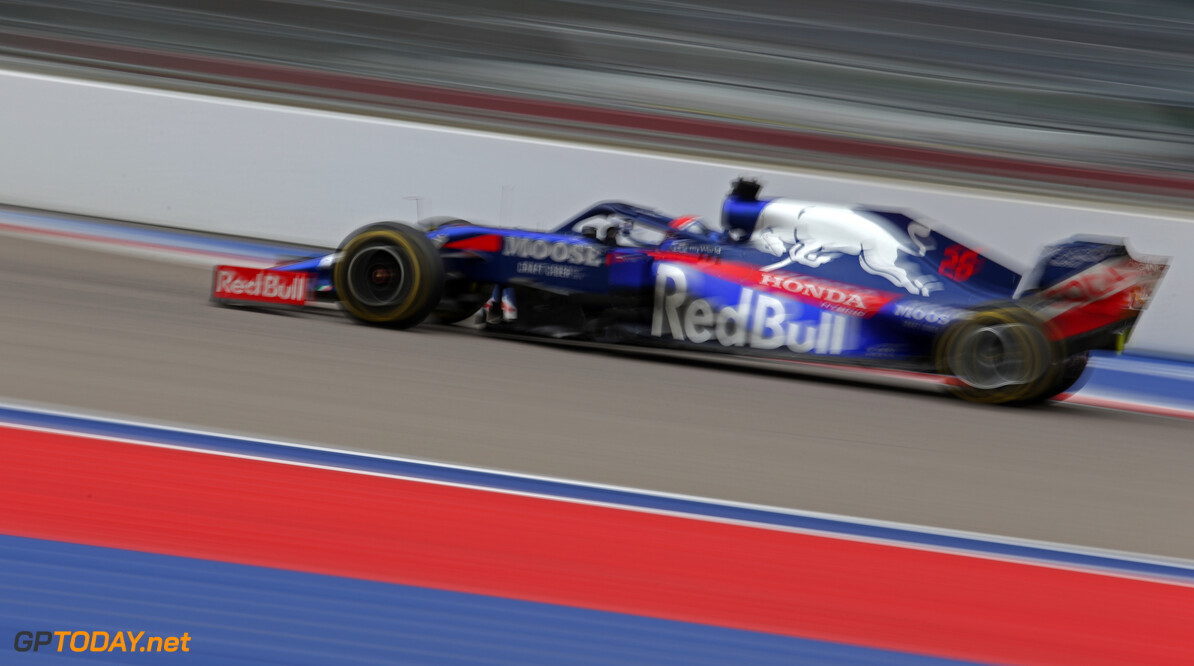 There were mixed feeling left in the Toro Rosso camp on Sunday as Daniil Kvyat described his race in Sochi as "very strong", while Toro Rosso teammate Pierre Gasly endured a "difficult" Grand Prix on Sunday.

Neither driver succeeded in bringing home points for the team, as Kvyat and Gasly crossed the line in 12th and 14th respectively.

After sustaining engine problems in both the second and third final practice sessions, Kvyat sat out qualifying, as he was set to take an engine penalty anyway.

Starting from the back of the grid, the Russian says he enjoyed a number of battles on his way through the field, and his pleased with how he managed his race.

"I think it was a very strong race, considering all of the problems from yesterday," Kvyat told media including GPToday.net. "Starting from last, I was very close to the points. I was fighting until the last lap so I'm very happy with how I did the race.

"I had a few good battles, a good start so most of the boxes are ticked. It's a good result, considering everything. So I'm happy about today, with my performance and the team performance."

However, Gasly states that his race was more challenging, as he had to tussle with overheating problems for much of the Grand Prix.

"I tried to do everything I could from inside the cockpit, but there wasn't much. We didn't look at any point close enough to fight for the top ten. So quite a difficult race.

"So I'd like to analyse and understand why and then bring everything back for Suzuka."