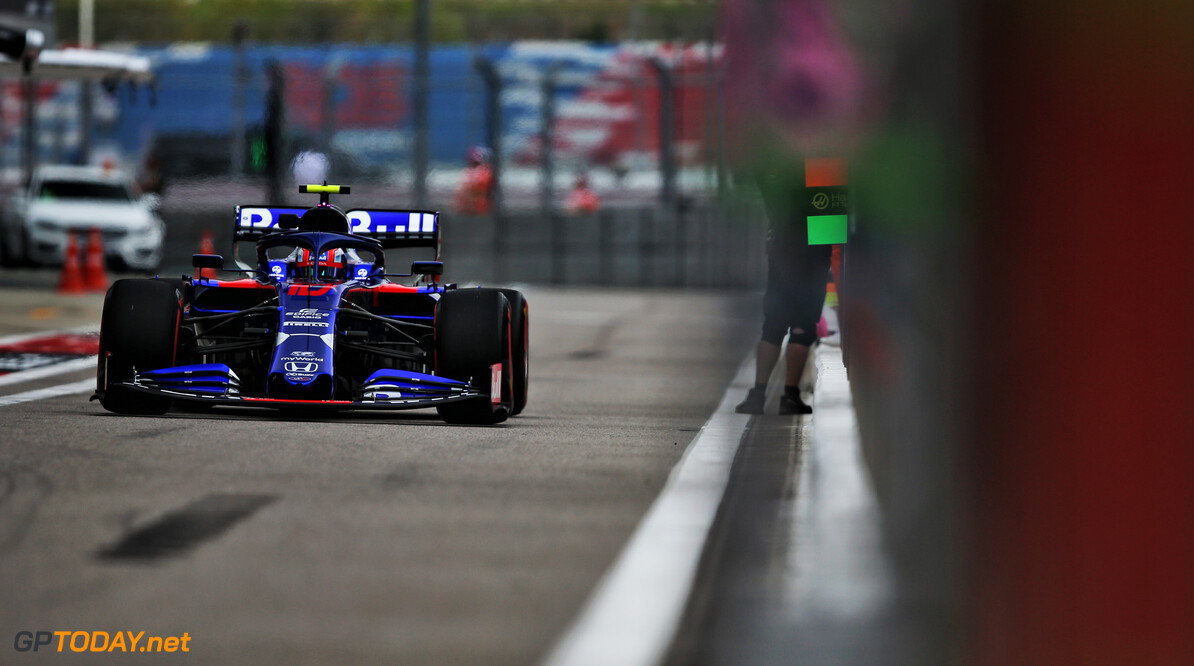 Toro Rosso driver Pierre Gasly has said he now feels a lot more comfortable with the team's STR14, after having a few weekends to adjust to the car, allowing himself and the team to have some positive running during Friday's practice sessions at the Sochi Autodrom.

This weekend's Grand Prix in Russia marks the third race for Gasly since his return to the Toro Rosso team, after he was switched at senior team Red Bull for rookie Alex Albon prior to the Belgian Grand Prix last month.

Gasly said that he felt a bit strange returning to the team and getting to grips with their 2019 challenger, but now feels more at home working with the engineers to achieve the maximum from the car.

"I think it does feel a bit more like my car now," Gasly commented on the STR14. "I know a bit more now what to expect after a couple more races. Compared to Spa and Monza which felt a bit more odd at the beginning, I think it's becoming more of my car.

"Every weekend the engineers are understanding a bit more what I need from it so from the directions we take I was really happy today.

"From FP1 to FP2 we really managed to find the right settings to bring the car a bit more comfortable for myself and being able to extract a bit more from it."

Gasly spoke also about the team's chances of a positive result at the next race weekend in Japan at Suzuka, which is engine supplier Honda's home circuit, hoping that upcoming chassis upgrades will help push the team forward.

"I think it is positive. We will have all the other upgrades coming there." Gasly said. "I think its really promising and also based on the pace we have shown in the last few weekends.

"Of course in qualifying when everybody turned up the engines a bit more we struggled, but on Sunday we seem to have a pretty good race car, which allow us to fight for the top ten. So I think hopefully with the upgrades we will bring we will have a good weekend."