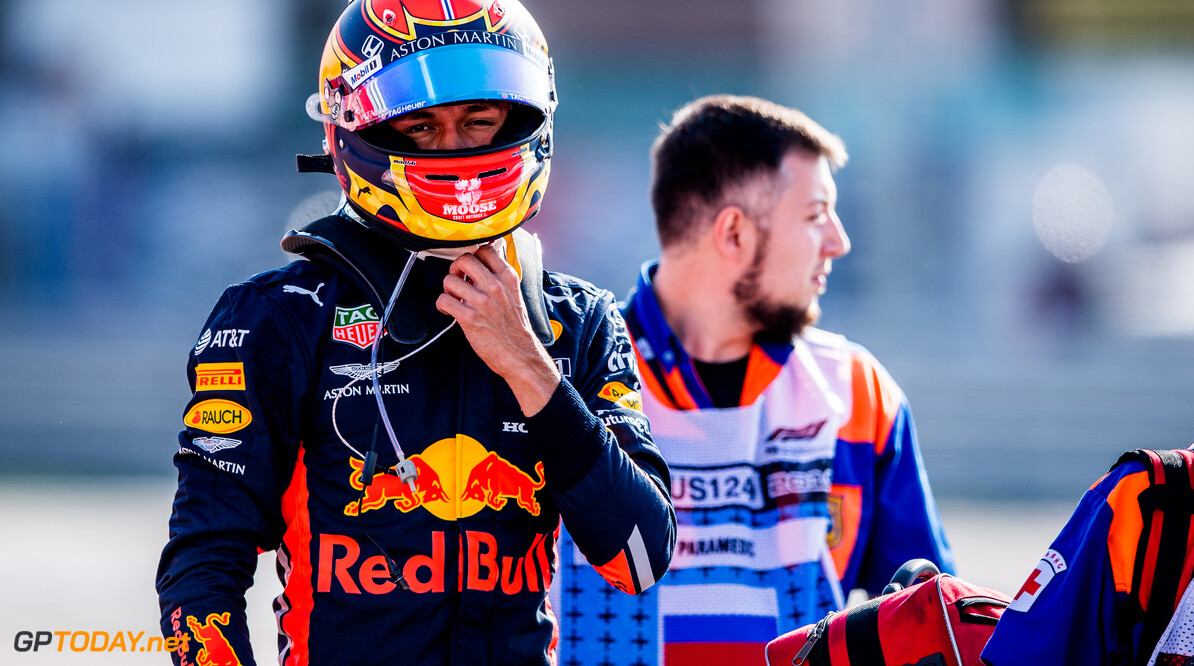 Alexander Albon is set to start the Russian Grand Prix from the pit lane after his Red Bull team breach Parc Fermé rules on Saturday night.

Mechanics on Albon's car swapped in a different specification of floor after qualifying, which was a difficult session for the Thai-British driver.

Albon failed to progress out of Q1 after he crashed while setting a hot lap, spinning at Turn 13.

"I was caught out with the wind, it was tricky out there and I just went in a bit deep," Albon said after the crash. "I thought I'd get away with it, or else I would have aborted the corner and went to the escape road.

"But I tried to keep the corner and just lost the rear. With a tailwind through there, it's not easy and the wall is very close on the exit so unfortunately that was that."

As well as having a new floor fitted to the car, Albon has also taken on a new turbocharger, MGU-H and MGU-K for the race.

Albon was already set to take a five-place grid penalty prior to his crash for fitting a new internal combustion engine ahead of the race weekend.