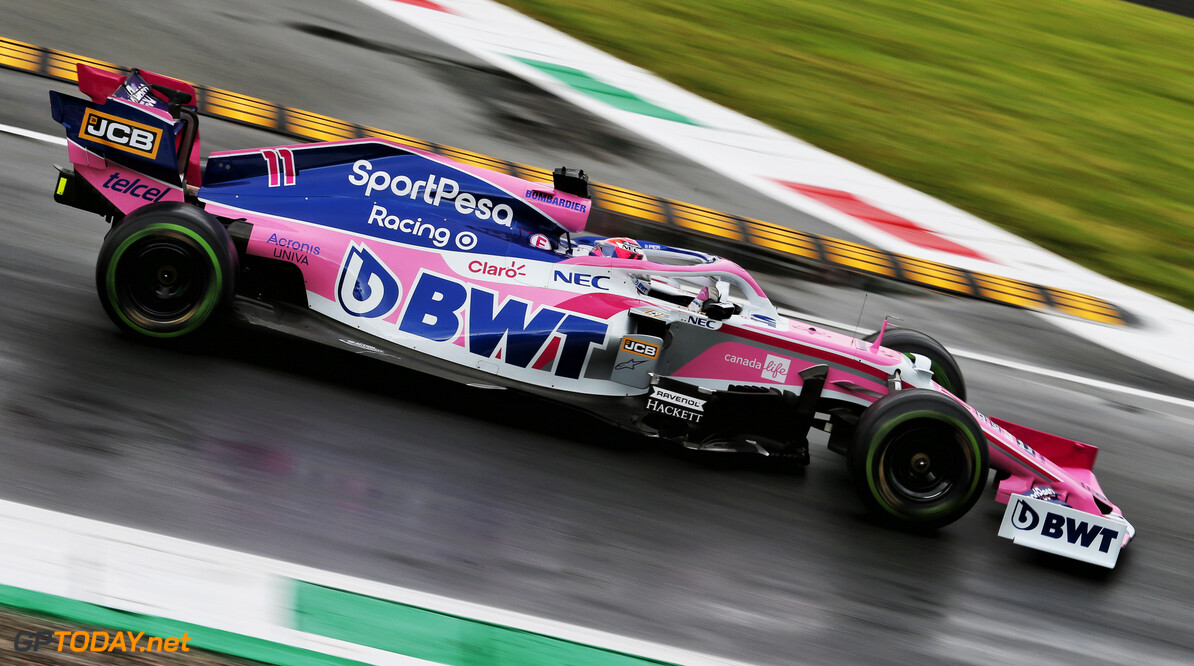 Racing Point is expecting another boost in performance this weekend in Singapore as it confirms new upgrades to enhance its aerodynamic performance.

The 2019 campaign has been a somewhat difficult season for the Silverstone-based squad, having scored points in recent races after top-ten finishes were sparse during the European leg of the year.

It currently sits seventh in the constructors' championship, five points behind Toro Rosso for sixth place, and 12 points in front of Alfa Romeo.

Racing Point has been adding upgrades to its car over the last handful of races and is expected to switch its focus onto its 2020 car following the addition of new parts in Singapore this weekend.

"We head to Singapore with good momentum off the back of some strong results, said team principal Otmar Szafnauer. "We were unlucky in Monza not to come away with both cars in the points, but we took away a lot of positives overall.

“We always felt we would be much stronger after the summer break and the results in Spa and Monza are good indications of what we can expect for the upcoming events. There are still seven races remaining – that’s a third of the season – and plenty of opportunities to score well.

“The progress with the car continues and this weekend we bring further aero developments that should give us another performance step."

After not scoring points for eight consecutive races, Sergio Perez bagged a sixth-place finish in Belgium before taking seventh at the Italian Grand Prix.

The Mexican says he feels his season is "properly underway", and is aiming to continue his momentum in Singapore this weekend.

"Spa and Monza were not easy weekends, but we scored important points and it feels as though my season is properly underway now," Perez said.

"The hard work at the factory is paying off and we are doing a good job at the track too. There’s a great feeling in the team just now: a nice atmosphere and excitement about the rest of the year.

"I’ve had some good drives in Singapore over the years. It’s a track layout I like and I have always enjoyed street tracks. You have to be aggressive and accurate and it’s a track where you can make the difference as a driver."