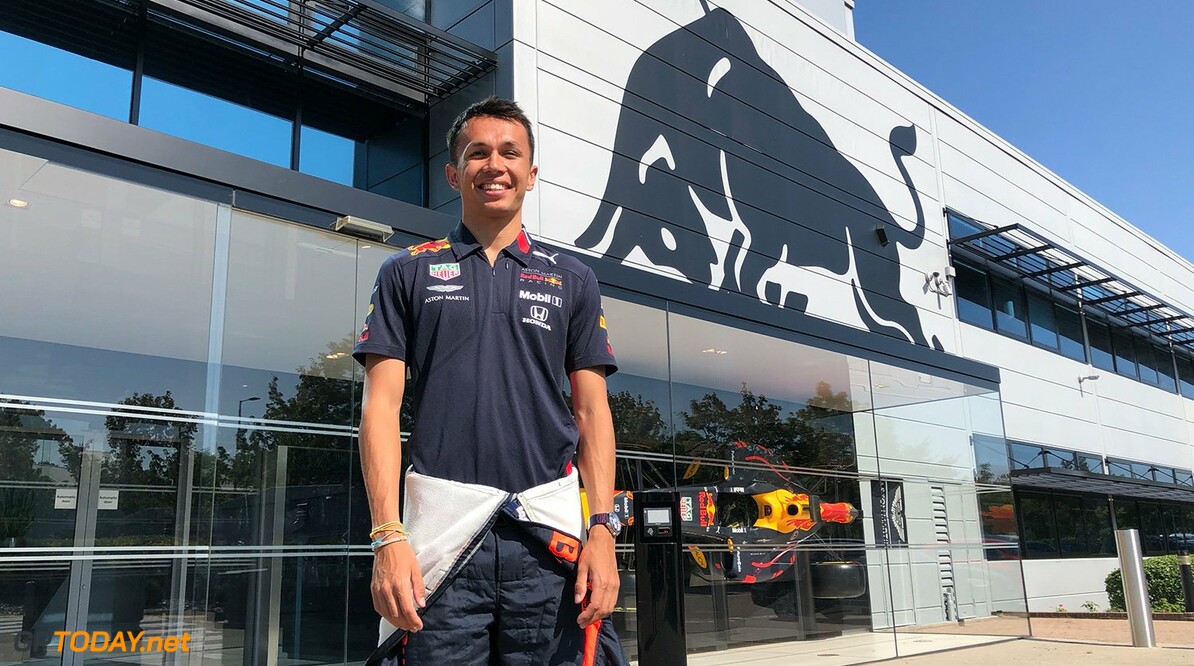 Albon poses in Red Bull attire ahead of the Belgian GP

Alexander Albon has been pictured in Red Bull Racing branding for the first time since his promotion to the energy drink team.

The Thai-British driver will make his debut for Red Bull at Spa-Francorchamps this weekend, as the Milton Keynes outfit opted to take Pierre Gasly out of the team after a season of poor results.

MORE: Marko: Red Bull had to give Albon a chance | Why ruthless Red Bull was right to promote Albon

Gasly has failed to match to be near the pace of his former teammate Max Verstappen, who has taken two wins so far this season.

Albon, who is only in his rookie year of F1, got the nod ahead of Daniil Kvyat, who spent the 2015 season and part of 2016 with Red Bull.

The 23-year-old has impressed many this year with his pace, despite the fact he only drove an F1 car for the first time in February.

At the Hungarian Grand Prix, Albon was asked to rate his season from 1 to 10, to which he replied: "I'm quite happy so I would say a 7."

With Red Bull 44 points behind Ferrari in the constructors' championship, and the latter yet to win a race this year, Red Bull will be hoping that Albon's promotion will help it jump the Italian squad to finish second at the end of the season.

It is not yet known who will partner Verstappen at Red Bull in 2020, with Red Bull using the next nine races to evaluate Albon before making a decision.