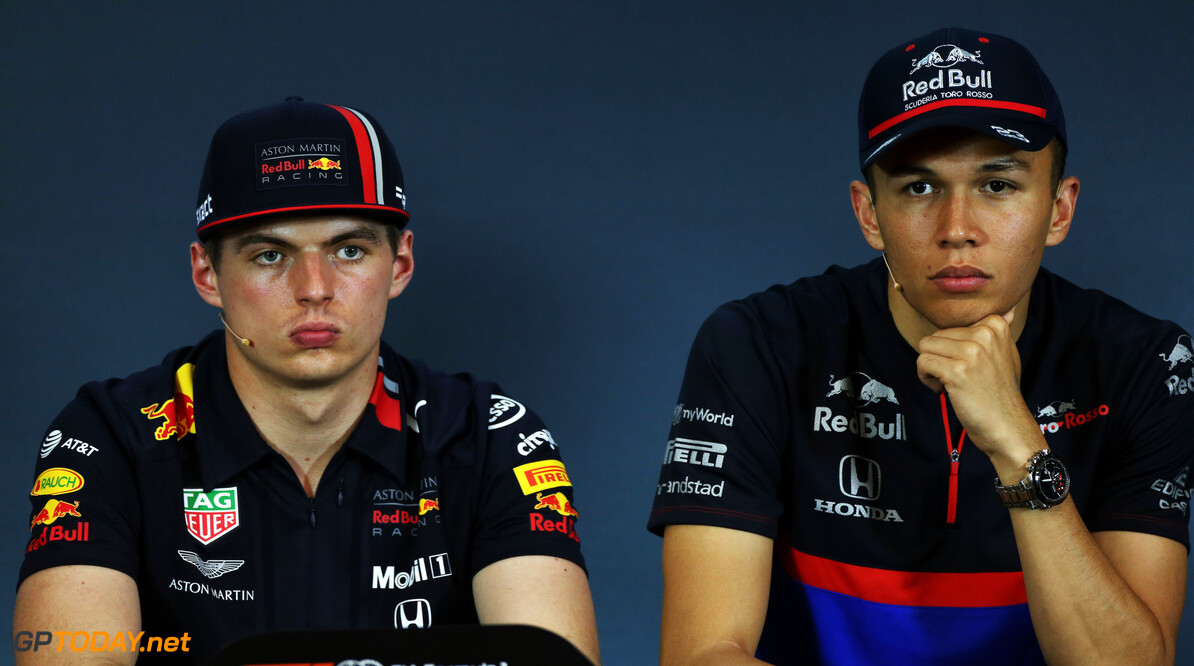 Column: Why ruthless Red Bull was right to promote Albon

In what is one of the more stunning developments of the 2019 season, Red Bull has opted to demote Pierre Gasly amid a difficult year for him at the energy drink squad, his first with the team.

In steps Alexander Albon, a Thai-British driver that drove a Formula 1 car for the first time in February at a shakedown run prior to the commencement of pre-season testing, where he came to further grips with the STR14.

Albon's story is nothing short of special, as being only the second ever Thai driver to have raced in F1, he now finds himself being thrown towards the front of the F1 grid in what has been a solid rookie season for the 23-year-old.

Pitched against Daniil Kvyat, an established and speedy racer, Albon has held his own this year against the Russian, securing a 6-5 advantage in qualifying (Albon failed to qualify in China after a heavy collision during FP3).

The promotion to Red Bull is partly the result of his momentum that he has built up over the last few seasons, despite not winning any junior championships.

In 2016, he tussled with Charles Leclerc for the GP3 championship, with the latter coming out on top. After two years in Formula 2, Albon built up speed and poise to finish third in last year's standings and secure himself a deal to race in F1.

But the lack of drivers within the Red Bull academy played into Albon's hands, and so he was drafted into the seat alongside Kvyat, where he has shown consistency and speed the primary ingredients for a successful career in F1.

Red Bull's last mid-season swap was, of course, Max Verstappen - and it's fair to say that the questionable decision at the time has undoubtedly paid off for the Red Bull team, with seven wins and 27 podiums coming in the three years since the promotion for the Dutchman.

The decision will likely come as a surprise to Albon too, who was adamant in Hungary that he was aiming for a drive at Toro Rosso next season rather than Red Bull.

"I'm not thinking about that kind of thing," Albon said of the Red Bull seat. "I'm thinking more about securing a Toro Rosso seat first. That's the focus, focus on the job right now and that's all I can do.

"I hope so," he added when asked if he thinks he has done enough to secure the seat at the team. "It's in my hands in terms of my driving, but it's not my decision."

But Albon can't afford to waste time at his new team, as the deal will only see him to the end of the 2019 season, which will then see Red Bull make a decision on who will partner Verstappen next year.

By the end of the year, Red Bull will have experienced all four of its current F1 drivers in the senior team, which gives them a broader range of options and allows it to understand who is best suited for the seat.

Any story of a Kvyat comeback would be sensational, given the rollercoaster nature of his career, but with more data and information, only Red Bull will know who is best suited for the seat.

It is the likely scenario that the spot will be filled by either Albon or Kvyat next year, due to the extent of Gasly's struggles. Or could Kvyat be looking at a seat elsewhere in F1, which would boost Albon's odds of keeping the seat?

Some also questioned the F1 abilities of Brendon Hartley at Toro Rosso last year, with Gasly coming out as the convincing intra-team winner. A fresh battle with a fired up Kvyat could tell us more of Gasly's strengths - but let's not forget the difficulties that Kvyat went through following his Red Bull demotion in 2016.

It's quite interesting to note that Red Bull's current drivers didn't directly enter the sport while being a Red Bull junior driver. Albon was dropped in 2012 only to be called up for 2019 late on, while Red Bull signed Verstappen only by guaranteeing him a spot at Toro Rosso for the 2015 season.

Red Bull's clear golden boy is Verstappen, who has displayed some fantastic drivers over the last 12 months - and so the race is on for the team to produce a championship-competing car or risk losing him.

Should they lose him, they need someone in that will be capable of leading the team. Is Albon the right man? The next nine races will tell us more.