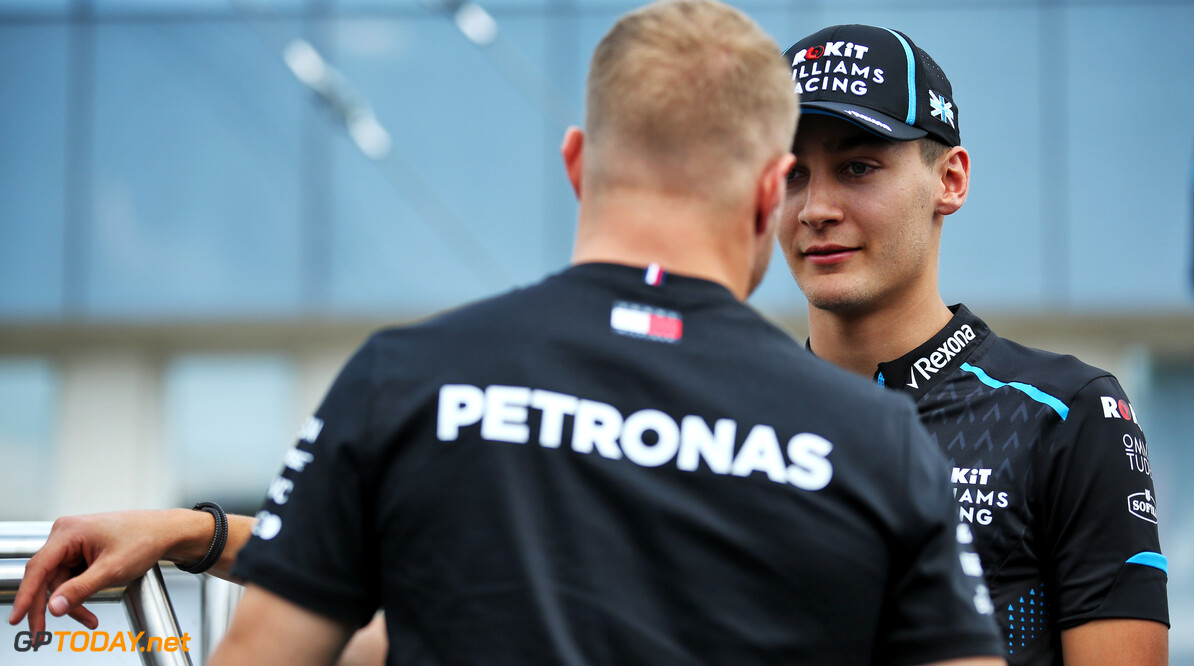 Mercedes insists it's 'too early' to promote Russell

Mercedes team principal Toto Wolff says it is too early to promote its junior driver George Russell into a "high-pressure environment" at the Brackley-based team.

Russell joined Williams for the 2019 season, his first in Formula 1. The Briton, who arrived on the back of consecutive championship titles in GP3 and Formula 2, has consistently out-paced teammate Robert Kubica this year.

Mercedes will soon make a decision on who will partner Lewis Hamilton at the team in 2020, with current driver Valtteri Bottas and Mercedes reserve driver Esteban Ocon singled out as the two candidates.

Wolff says that it wouldn't be right to promote Russell into the team so early in his career, believing that such a decision can go "terribly wrong".

"I don't think that you are given the possibility to learn in a Mercedes because you are put in a car that is able to win races and championships, in a high-pressure environment," Wolff said.

"I think that it can go terribly wrong. For a young driver who has the talent to become a world champion, if he's thrown in that environment next to the best driver of his generation, who has been with us for seven years. I wouldn't want to burn George. I think it would come too early."

Russell in 'a good place' at Williams

This season, Williams is struggling at the back of the field, with Russell being the only driver in the grid not to score a point, as Kubica was promoted into the top ten in Germany.

However, Wolff believes that Russell's time at Williams will be very valuable in the long run as he improves his knowledge of being a driver in the series.

"I think he's in a very good place at Williams," commented Wolff. "He's helped them to come back to form and he appreciates when a car functions well. And also I try to respect all contracts we sign.