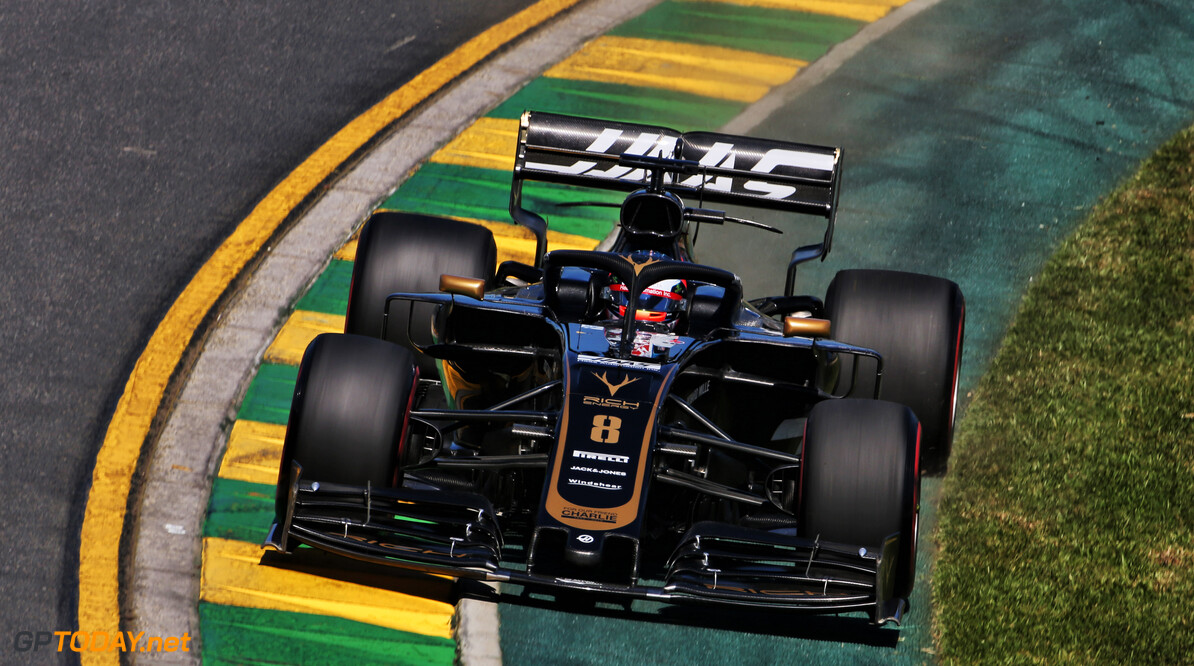 Grosjean: Not much surprise that Australia-spec car feels better

Romain Grosjean says there was not much surprise on his side that the Australia-spec Haas VF-19 feels better than its upgraded sister car.

Over the last handful of races, Grosjean has been running the old version of the car as Haas tries to understand why it is struggling during the races.

Grosjean has been using the old package since Silverstone, and has out-qualified teammate Kevin Magnussen at every event since, despite driving a car with less downforce.

MORE: Mid-season driver change for Haas would be a 'desperate move' | Magnussen: Haas has had some 'pretty high moments' in 2019

The Frenchman tried to get back into the old car after the team introduced the upgrades in Barcelona, as he knew "straight away" that the feeling was not right.

"To me, not much," he responded when asked if the abilities of the old car surprised him. "When we brought the updated spec to Barcelona, I asked the team to revert to the old spec.

"Straight away my feeling was that it is not working well. I wanted to revert because on that Friday I was about two or three tenths faster than Kevin.

"The team thought the updates were working well and that we were going in the right direction, because all the sensors showed everything was fine."

Grosjean pleased with judgement through experience

However, the old package doesn't come without its own shortcomings, with Grosjean stating that it is quite sensitive to wind.

But the 33-year-old is pleased that he was able to use his experience in F1 to identify that the newer car was not suitable for him to drive.

"Since that point onwards I asked to be reverted back to the old package, and after Austria, a terrible race, we did it and on Friday I went into the car and had the feeling back from winter testing," he said

"I could drive the car really well. It was very wind sensitive so on Friday the pace was not good because the wind was really destroying the package, which is a big weakness of the old car.

"But on Saturday the wind died, we had our tyre blanket issue in Q2, we could have made Q3. I was really happy with the feeling that was there from day one with the package.

"There are a lot of sensors in F1 cars, but the driver is still quite important. I was happy that all the experience I've had through the years, all the times I've been driving good and bad cars, it's more useful in those circumstances."