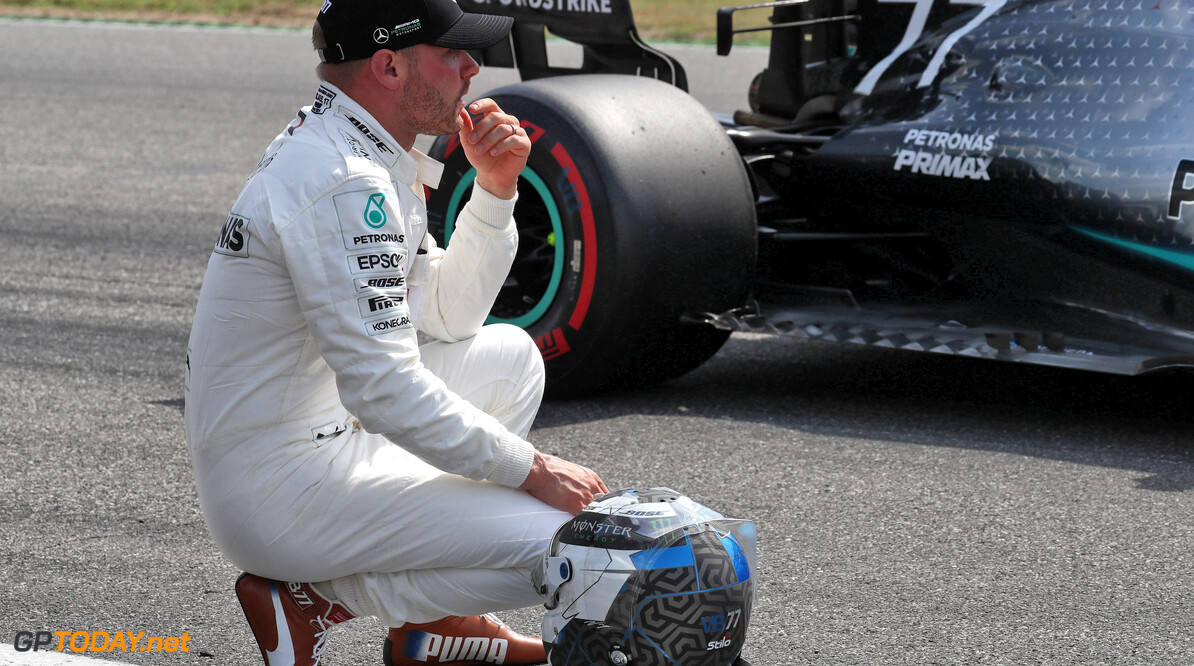 Bottas has 'plan B' should he lose Mercedes drive

Valtteri Bottas says he has a 'plan B' should he fail to retain his seat at Mercedes in 2020.

Bottas is up against Mercedes junior Esteban Ocon for the drive alongside Lewis Hamilton next year, with Ocon currently sitting on the sidelines after spending two and a half years in F1.

Bottas joined Mercedes in 2017 following the retirement of Nico Rosberg and has picked up five wins for the team, as well as 25 further podium finishes.

But while he waits to be informed about his future, Bottas says is has other options available to him, should he be forced to look elsewhere.

"Of course when you're in that kind of situation and when you still want to race in F1, you need to have plan B, possibly plan C," he said

Bottas admitted that he doesn't think he performs well under pressure, but denies that his DNF in Germany and scrappy opening lap in Hungary had anything to do with feeling pressure.

"It's not easy, that's the thing in this sport, finding the limit, calculating the risks just enough, pushing hard and trying to take the opportunities but not to fuck up," he said. "That's how it goes.

"But for sure, contract-wise you're on the limit - it never, ever helps. People think that some drivers perform better under pressure when things are on the limit, but for sure for me it doesn't help.

"But I can't say that going into Turn 1 [in Hungary] I was thinking about it. I don't think so.  I was very hungry for the win, no matter about contract talks or not, I wanted to win that race and wanted to take a risk.

"It just didn't go quite as planned. It could have been a lot different, just thinking about centimetres here and there."