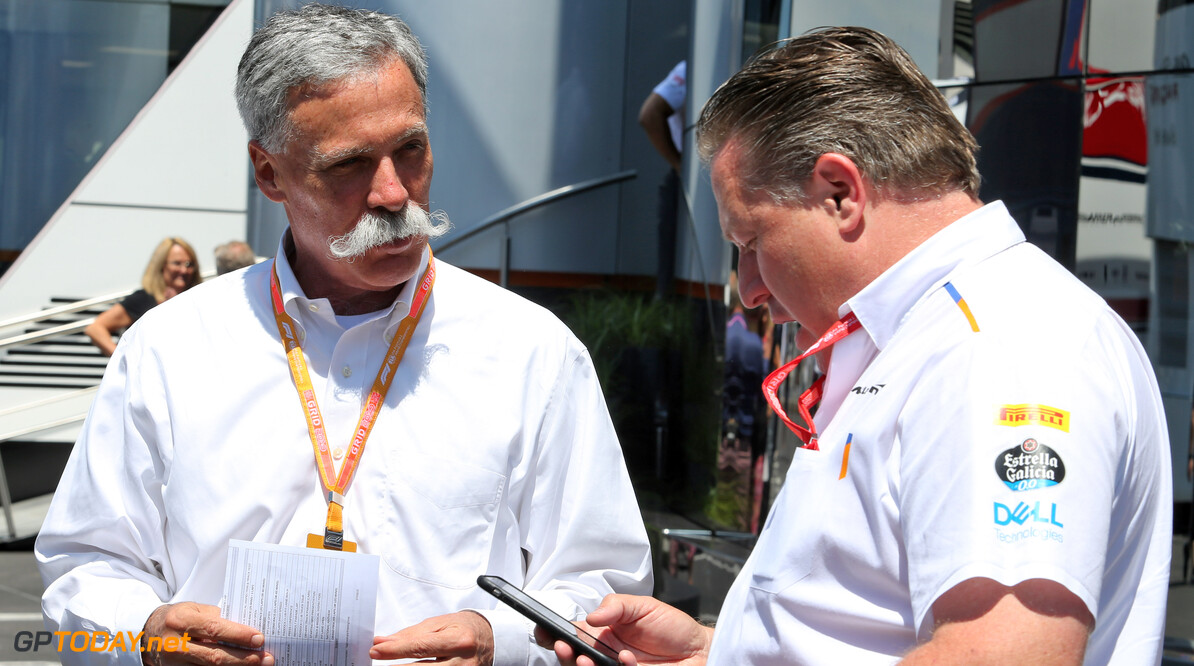 Brown: Carey's replacement must have 'no baggage'

McLaren CEO Zak Brown says that Chase Carey's eventual replacement as the CEO of Formula One Management must not bring any baggage with them.

Carey has been rumoured to be retiring from his role in the coming years, with several names suggested as his potential replacement.

Brown says that the person who does step in does not necessarily have to come from a team, but thinks it would be positive if it was someone who knew a vast amount about the sport.

"I've not paid too much attention to it," Brown said of the rumours regarding the future of the role. "I think coming from a team is fine as long as you don't have any baggage that comes with you.

"I think that someone who knows the sport inside out, so it doesn't have to be someone from a team, it can be someone from motor racing. But I think much like when Bernie left, a team has come in.

"What does the whole management team look like? I don't think anyone has the skillset to do everything that needs to be done in F1. It's more about the team they build around them."

Brown denies that he is interested in the role, insisting that his focus right now is bringing McLaren back to success after a poor handful of years.

"No, I like it here [McLaren]. I'm enjoying it. Ask me in five or ten years, but right now there is nothing I want more than to get McLaren back to winning.

"I'm thoroughly enjoying this and I'm now starting to taste a few incremental steps forward, which is only making me more hungry to keep pushing."

McLaren has enjoyed a strong opening half to the 2019 season, as it currently sits fourth in the constructors' standings, sitting 39 points ahead of Toro Rosso in fifth.