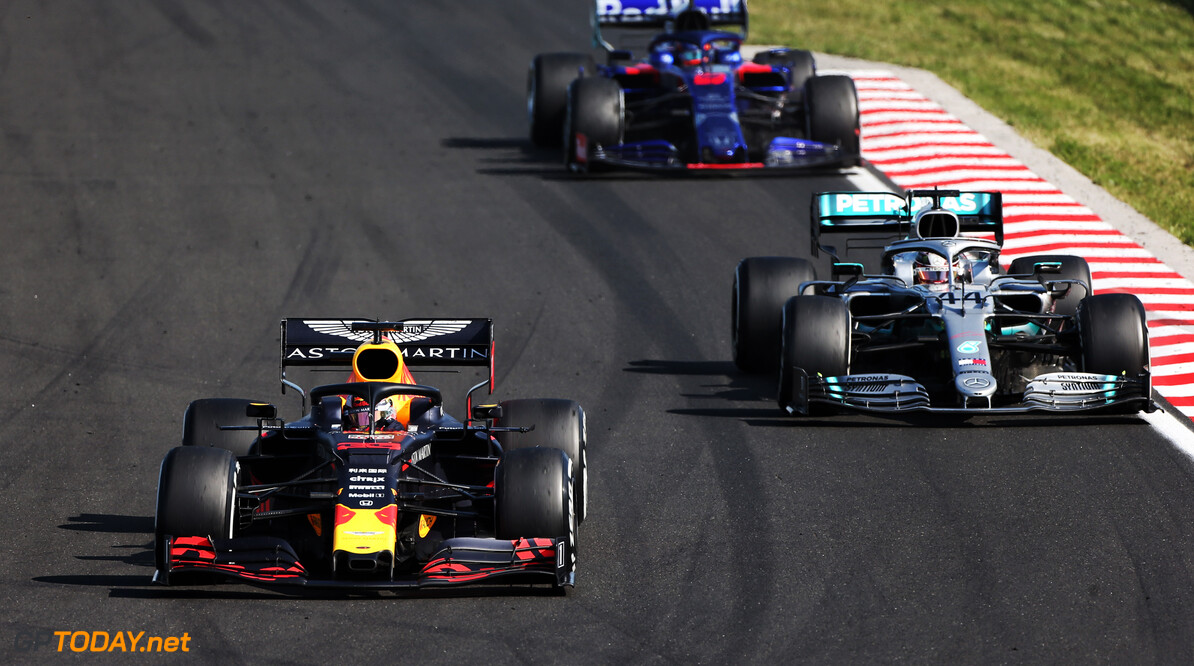 Hamilton followed Verstappen in second place for much of the race, before opting to pit for a fresh set of medium tyres with 22 laps to go.

The Briton rapidly closed the gap and passed the Red Bull driver with just under four laps left to run.

Despite winning two of the last four races, Verstappen believes that Mercedes is still firmly the strongest team in the 2019 championship.

"I think then you can see how much margin they have when they really need to push," Verstappen said.

"I think Lewis today was on fire as well, but then you see, once he really has to go for it you can see that that car is still the dominant car, it’s as simple as that.

"Whereas in some races it’s not as necessary. Of course, they had their issues in Austria with overheating so you can’t push. In Hockenheim, it was tricky conditions as well so you can’t really drive to the limit of the car.

"But here today I think he had to go for it flat out, because I was also pushing flat out and then you can see what they are capable of as a team."

Verstappen added that Red Bull and Honda will be bringing updates to some of the upcoming races, which he hopes will allow it to stay as close as possible to Mercedes.

"I think there are a few tracks coming up that are maybe not as ideal for us, but of course we know we have some updates coming soon to the car and the engine, so hopefully that will again bring us closer. We’ll find out then."