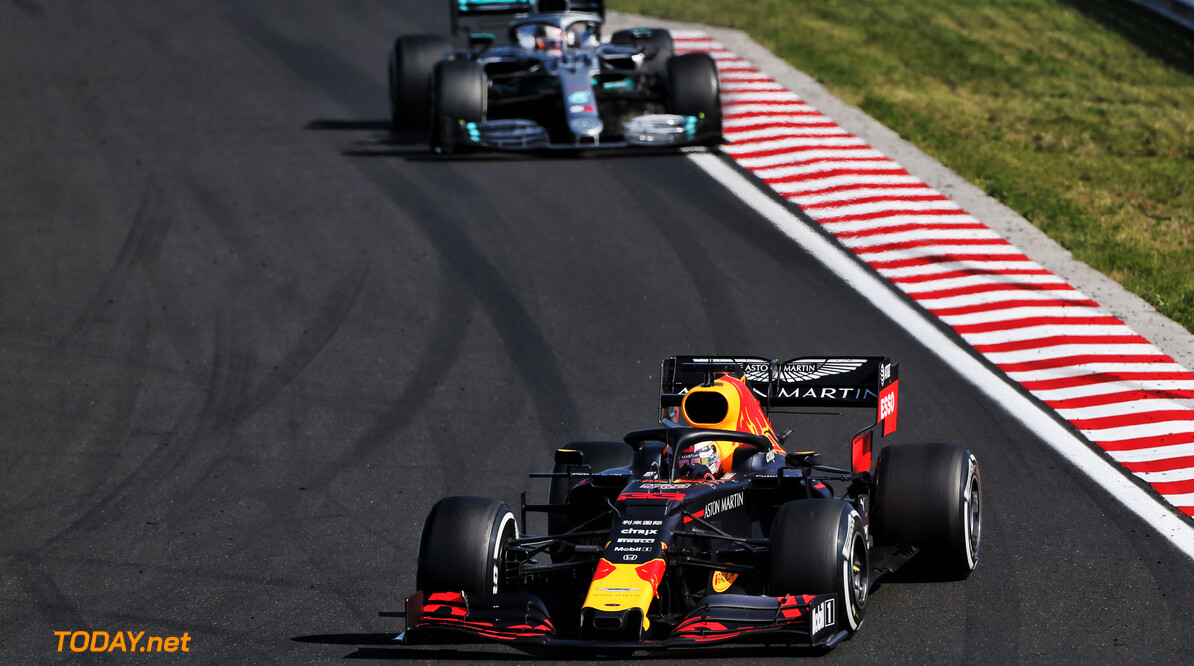 Horner defends decision not to pit Verstappen amid Hamilton battle

Red Bull team principal Christian Horner has defended the team's decision not to pit Max Verstappen for fresh drivers while ahead of Lewis Hamilton.

Hamilton pitted for fresh mediums 22 laps before the end of the race and caught Verstappen in the final handful of laps, overtaking him for the race win.

Horner believes that Hamilton had too much pace in store for Red Bull to be able to pit and catch up to Hamilton the same way the Briton did to Verstappen.

"It was all to lose," Horner said. "If we had stopped and they have done the opposite, they had what looked like a bit more of a pace advantage.

"They had six-lap fresher tyres, and I don't think we would have caught Lewis at the pace he caught us.

"It's frustrating that there were no other drivers in the mix, because if he had dropped behind a Ferrari or even his teammate, it would have been an option open.

"That's how it goes sometimes, we had a similar situation here with Ricciardo back in 2014."

Red Bull "desperately" needs Gasly to pick up the pace

With Red Bull sitting third in the constructors' championship, 44 points down on Ferrari, Horner insists that the team "desperately" needs Pierre Gasly to unlock more potential from the RB15.

"Not having two cars running at the front does hurt us, particularly in the constructors' championship," he said. "I think we scored the same amount of points as Ferrari today at a track where we should have taken more out of them.

"Our intention is to leave him in the car until the end of the year, but we desperately need him to realise more the potential of the car."