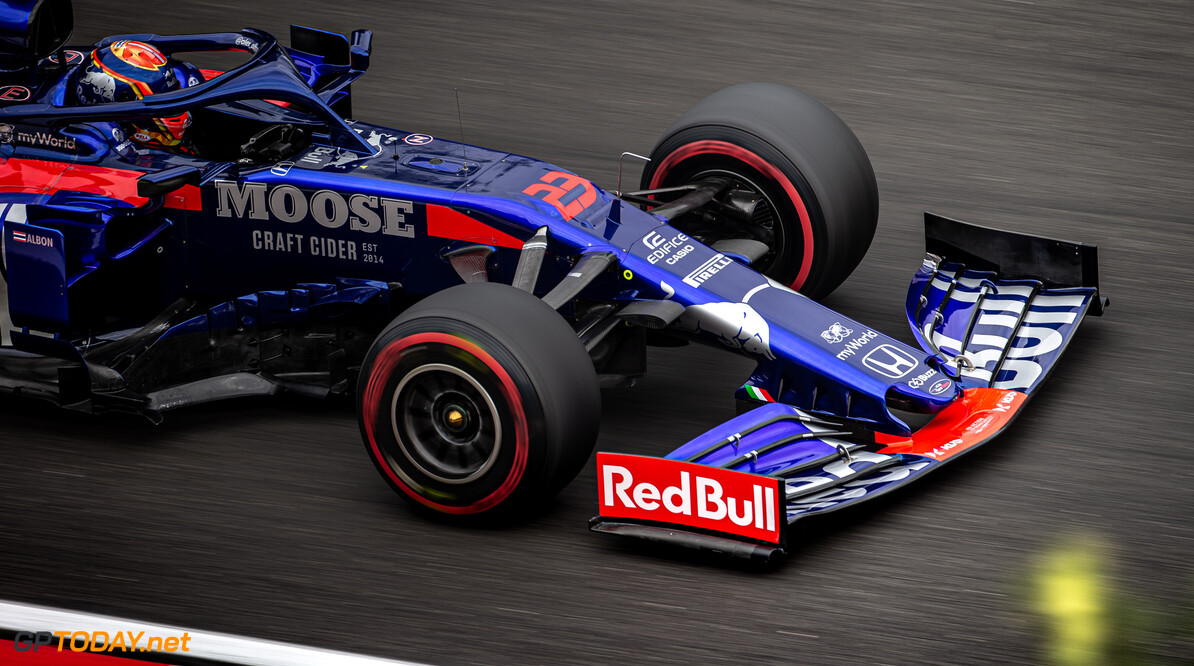 Toro Rosso's Alex Albon has taken the blame for his accident during Friday's second free practice session at the Hungaroring, calling the incident a 'silly' error on his behalf.

The Thai-British driver crashed as he approached the final turn fourteen, as he dropped a wheel on the grass on the entry of the corner, spinning the car and ending up in the barriers. The session was plagued throughout thanks to damp conditions throughout the day.

The accident happened just four minutes into the second session, bringing out the red flag as Albon made his way back to the paddock and marshals recovered the stricken STR14.

“Just a misjudgment really,” Albon said.“Of course you always swing into the corner, so it’s not always easy to find the limit, but of course you want to be as wide as possible for the corner and I misjudged it.

“The front didn’t go into the grass, so I had the feeling like I was fine. I didn’t feel the front drop, so the rear dropped, really. Of course the weather didn’t help because it was raining and it was very slippery. Just a silly error, to be honest.

“Damage-wise obviously there’s quite a lot of damage but it doesn’t seem to be important. In terms of running everyone was restricted so we are not far behind. I guess we’ll continue our plan.”

Albon managed to finish in sixth position in what was considered his first wet F1 race last time out in Germany, and remains confident that the team can have another good weekend in Hungary despite his accident.

“We were struggling for pace in general, but we made a really big step in FP2. Even if I crashed the pace was very strong, so it was a bit of a shame,” Albon added.