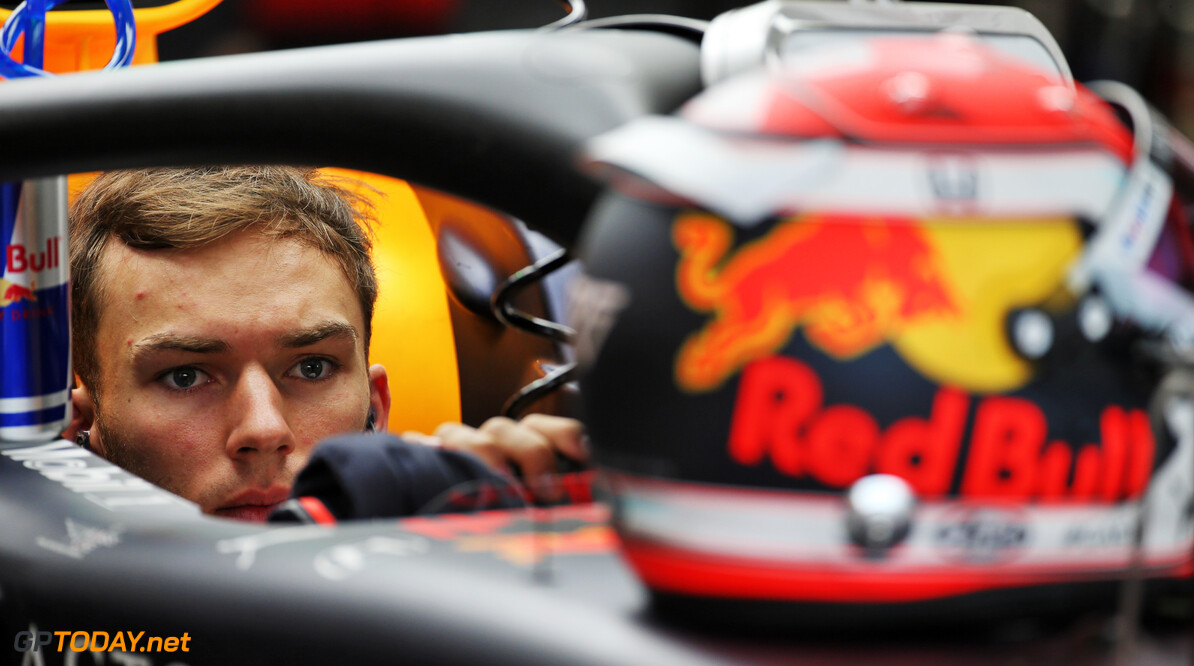 Gasly: Red Bull strong in both dry and wet conditions

Pierre Gasly says that the RB15 does not seem to favour one set of track conditions from another, following a dry-to-wet day at the Hungaroring.

Gasly topped the second practice session from the Budapest circuit, which was hit with rain, with the wet conditions remaining on the forecast for Saturday.

Fresh from Red Bull's win at Hockenheim last weekend at the hands of Max Verstappen, Gasly doesn't see much difference in the competitiveness of the car from dry to wet, as it continues to push and develop the RB15.

Gasly states that the mixed conditions on Friday makes it difficult to draw any conclusions, but still expects Mercedes to be ahead.

"On our side we did a couple of laps in FP1 and I was happy with the car," Gasly said after the session.

"In FP2 we had three laps under dry and I was happy as well. It's difficult to make any big conclusion but from the few laps we did, the car seems to be working quite well.

"So far, what we will be able to fight for it's too early to say. I think Mercedes still looks very strong as we expected, and with Ferrari it's difficult to know.

"We know the battle will be tight with Ferrari, so let's see what we can get out of the car tomorrow."