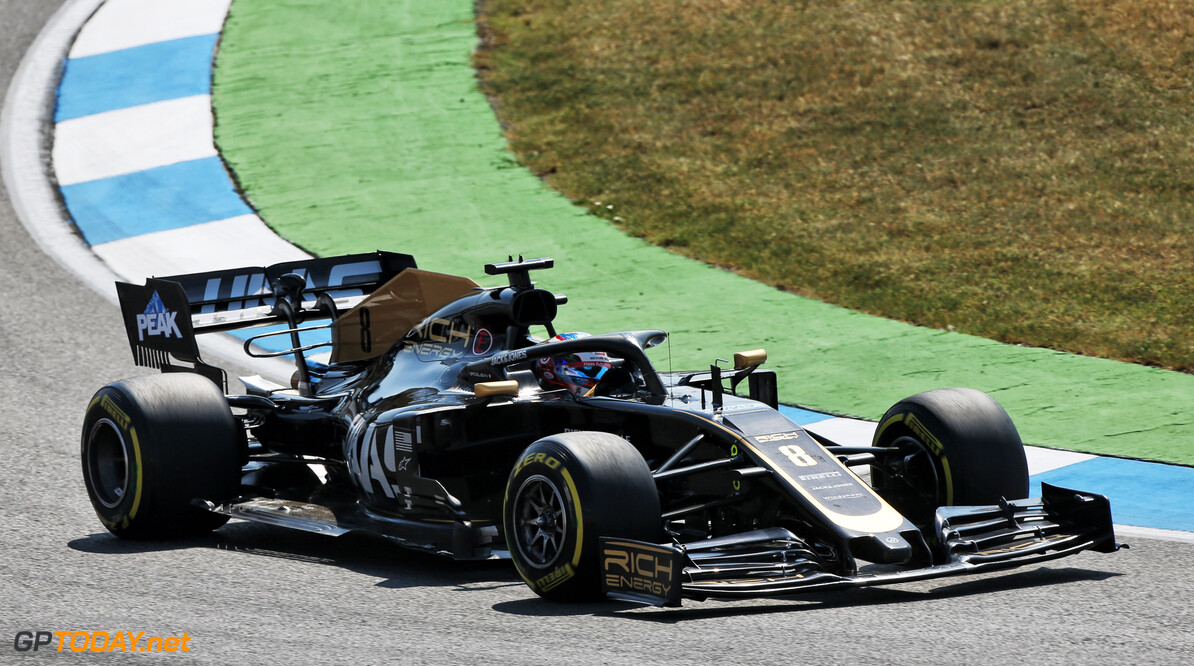 Grosjean to continue with Australia-spec Haas car in Budapest

Romain Grosjean will continue to run the Australia-spec VF-19 in Hungary, following his successful weekend with the car at the German Grand Prix.

Grosjean also drove the old car at the British Grand Prix, but retired from the race after lap one when he made contact with teammate Kevin Magnussen.

The Frenchman scored his best result of the season at Hockenheim, classifying seventh ahead of Magnussen after both Alfa Romeo's dropped out of the top ten due to post-race penalties.

As Haas pushes to understand why it is has been struggling with its updated package, Grosjean will use the old car this weekend in Budapest, the last race before the summer break.

“Having compared the three specs at Hockenheim, we still haven’t come to a conclusion as to what is actually happening on our race pace, where we seem to be slow, but can do a good qualifying lap," said Haas team principal Guenther Steiner.

"So, we’ve decided to run again in Budapest - Grosjean with the Melbourne spec and Magnussen with the Hockenheim spec.”

Steiner added that he is hopeful that Haas will soon uncover the cause of the problems, and it can return to being a consistent points challenger.

“You take all the data and just try to compare where we can improve and see where we went off the plan. At the beginning of the season, we were looking very competitive, then in the races after Melbourne, that’s not been the case anymore.

"So, we need to understand what went sideways, and that is what you do when you compare two specs of car. Hopefully, we can get as much information as possible and come to a conclusion in which direction we need to work.”