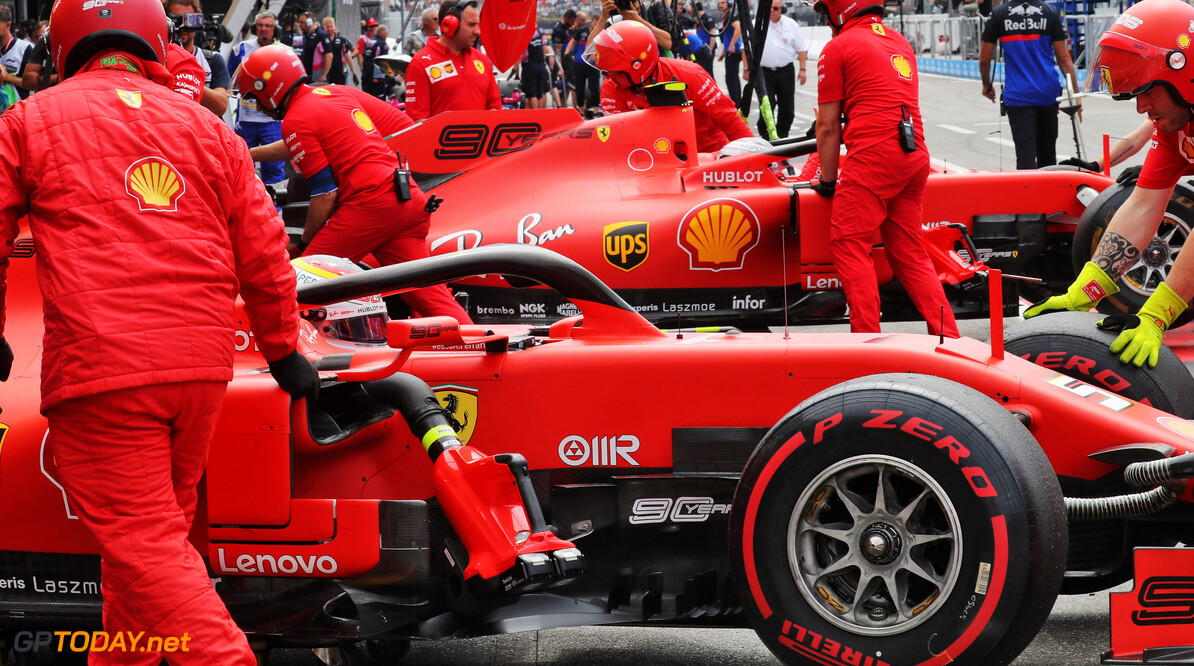 Ferrari is continuing to push its development by bringing more aerodynamic upgrades to the Hungarian Grand Prix this weekend.

The Italian squad is still playing catch-up to rivals Mercedes and is yet to win a race this year while Red Bull has won two, including last weekend's German Grand Prix.

The team has come close to a victory on several occasions this year, but has always come short, with its last victory coming at the 2018 US Grand Prix.

Ferrari has produced consistent upgrades over the last handful of races, and will roll out with more at the Hungaroring this weekend.

"It will be important to see if this race provides further confirmation that our car has improved on various types of track," said team principal Mattia Binotto.

"We will be able to count on the various elements we introduced recently, as well as some aerodynamic updates."

Ferrari has also not had the most reliable car this year, with both Sebastian Vettel and Charles Leclerc being hit with issues in Germany during qualifying.

Binotto says that Ferrari will continue to work on improving its reliability and ensure that the problems it faced at Hockenheim don't repeat again.

"Of course, we are focusing on resolving our recent reliability problems to ensure they do not occur again," Binotto insisted.

"Budapest is a track where cooling is usually an important factor and where cars run in maximum downforce configuration. The tyres come under a lot of stress, because of the type of corners and that even applies over a single lap in qualifying."