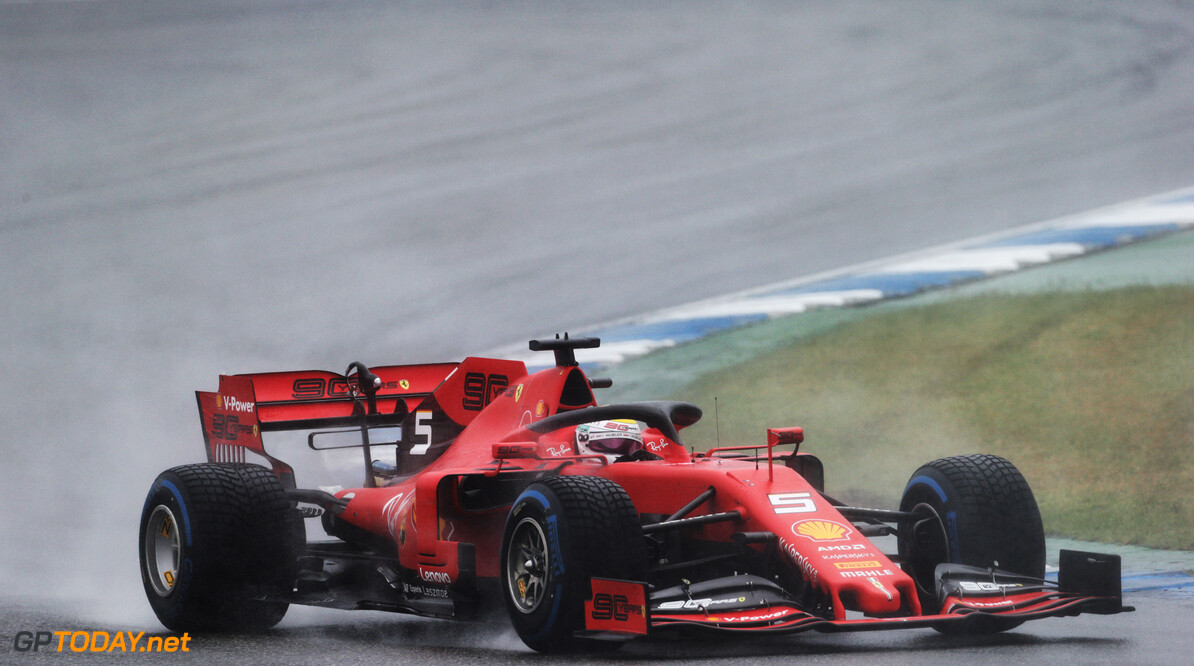 Sebastian Vettel says he used the German Grand Prix spectators to understand the weather conditions and what tyre to be on.

Vettel ended the race in second place, recovering from the back of the grid after a turbo problem stopped him from qualifying on Saturday.

With good strategy calls and non-finishes for his rivals, Vettel found himself at the top end of the field in the final laps of the race, where he overtook Lance Stroll and Daniil Kvyat to slot in behind Max Verstappen in the race standings.

"In this kind of racing, you can't expect anything until the last couple of laps," Vettel said. "I think I was P10 or P11 when the last safety car came in, it was crazy. There were so many decisions to make, some were right, some were not ideal in terms of timing.

"But overall we stayed on track and stayed in the race. In mixed conditions when it started to fry, on the slicks I felt very comfortable in that setting and we made up the most ground.

"On the intermediates, it was a bit lazy to start, and took quite a while until I enjoyed it.

"It was so bloody long, I'm not sure if I remember all of it. It was tough at times, very slippery and greasy, especially on the intermediates. They seemed to be fine for a couple of laps and then they fell apart."

With rain coming and going consistently during the race, Vettel says he used the spectators to predict what was the correct tyre to be on.

"It was difficult to distinguish if it was greasy because the track was wet or if it was dry and the tyres were poor," he said.

"At one point I started looking at the spectators, not kidding. At the beginning of the race, they had all the umbrellas up and then they started to bring the umbrellas down so obviously no one volunteers to get wet.

"Inside the car, there were some drops and I was trying to feel, once the umbrellas went down, I said let's try slick tyres. Then it started to rain again and the umbrellas popped back up.

"It was a tricky race, a lottery but it was important to stay in it at all times. In the end, I really started to feel comfortable and that's when we made up a lot of ground."