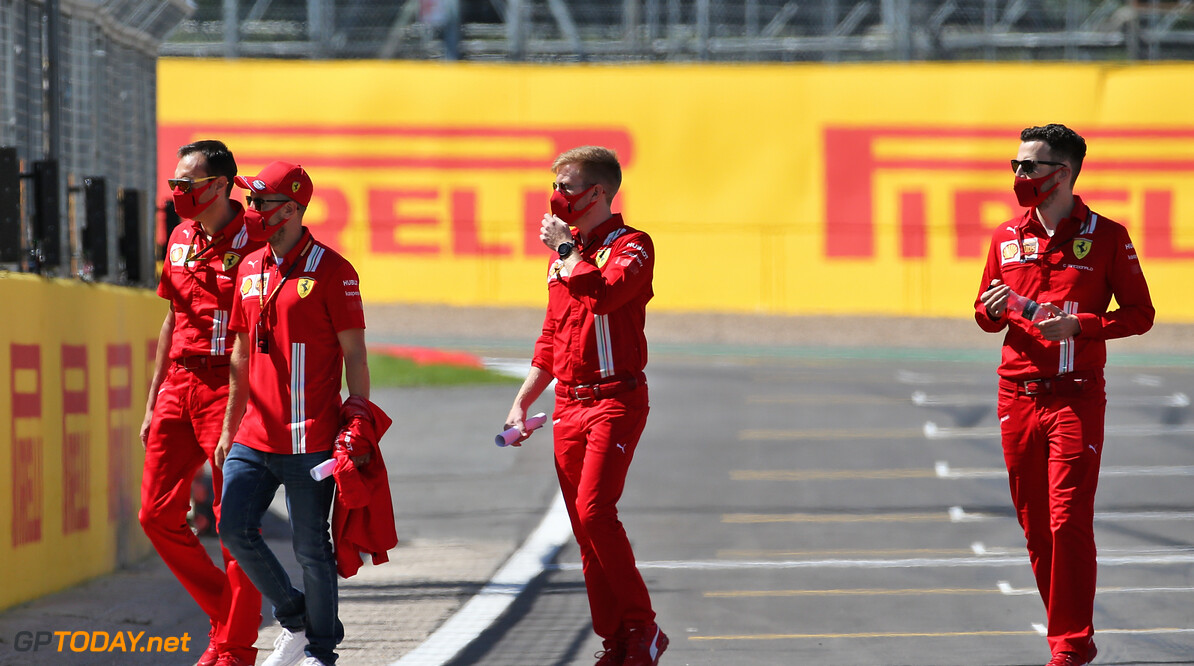 Both Sebastian Vettel and Charles Leclerc of Ferrari are expecting to endure a tough weekend at Silverstone over the coming days.

Ferrari has struggled since the start of the season and currently sits fifth in the constructors' championship.

Leclerc scored a surprise podium result amid the chaos of the season-opening grand prix, however it didn't come close to securing another top-three finish in the following two races.

Ferrari has consistently asserted that any fixes would not be done overnight, and both of its drivers are not expecting to be competitive this weekend.

Speaking to Sky F1 at Silverstone, Vettel said: “It's a shame there's no crowd, the memories I have from this place, I always link to the crowd. It's weird this year. It's great to drive here at Silverstone, but it's not going to be the same, let's be honest.

“For us, the forecast is not good. On paper the track doesn't favour us but maybe we can surprise and let's see what we can do.”

Leclerc backed up Vettel's comments by adding: “This year on paper it doesn't look like a strong track for us. But I want to be optimistic and I like to be optimistic so, I'll give it all and we'll see where we'll be at.

“But realistically, I think it's going to be difficult.”

Ferrari chairman John Elkann affirmed this week that Ferrari would not be winning races again until at least 2022, while giving his backing to current team principal Mattia Binotto.

Leclerc says Elkann's message was Ferrari simply being honest with itself and its short-term prospects.

“The most important thing in tough times like this is to be honest,” Leclerc said. “First with ourselves and also with the people who are supporting us.

“That was exactly the message. We know how hard everyone is working in the paddock and also the other teams, so once we are a bit down on performance, to recover this performance takes time.

“Everyone is working, nobody is on holidays in the paddock. So it's going to take time and we need to be honest.”