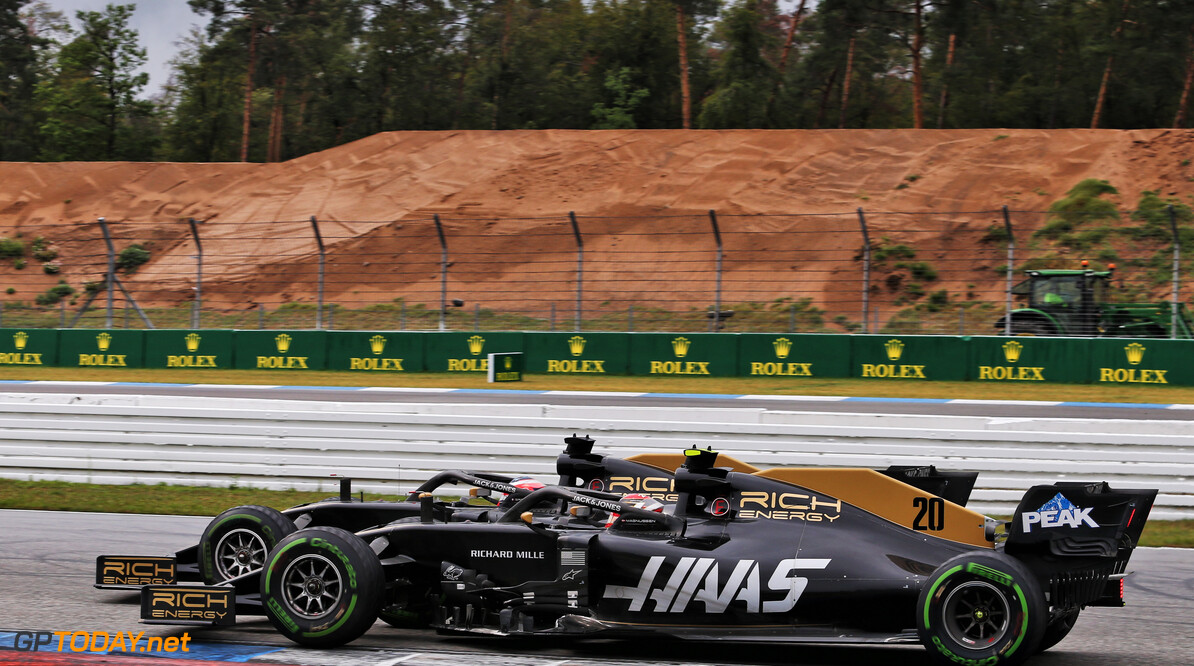 The two teammates came together once again in Germany, following their lap one crash at Silverstone two weeks ago.

The contact came towards the end of the race, with the two banging wheels at the hairpin as Grosjean attempted an overtaking move around the outside of Magnussen.

Steiner says that both drivers were lucky to come away without any damage, but says that further steps must be taken in order to get the drivers to understand the message.

"We were lucky there was no damage," Steiner said. "I didn't see it properly. I want to see it properly and calm down about it and then see what we're going to do.

"I can talk but they don't listen. At the moment I can't anything more because I'm not prepared. I saw it on TV like you guys, I didn't see any more replays. I think I have to see what are the next steps because it's not acceptable.

"We can't keep going on every race running into each other. It's getting old."

Steiner added that it was not obvious that Grosjean was going to go for an overtaking move, but affirmed that it is "common sense" for teammates not to touch.

"It wasn't obvious and again, why don't you run into any other car? It's common sense, if I have to take every overtaking manoeuvre and call it myself, I will drive myself. That will not be quick."

Haas picked up a handful of points, its first since the Monaco Grand Prix. However, Steiner believes that crazy race at Hockenheim masked the poor pace of the car.

"It's quite consuming," he said. "On the race strategy, and how we conduct it, there was maybe a decision we could have done differently. Otherwise, I think we made the right calls, the car just wasn't fast enough today.

"After the first pit stop we made up a few positions but then lost them again after being overtaken. If we can hold positions after the stops then we would be in a much better position."