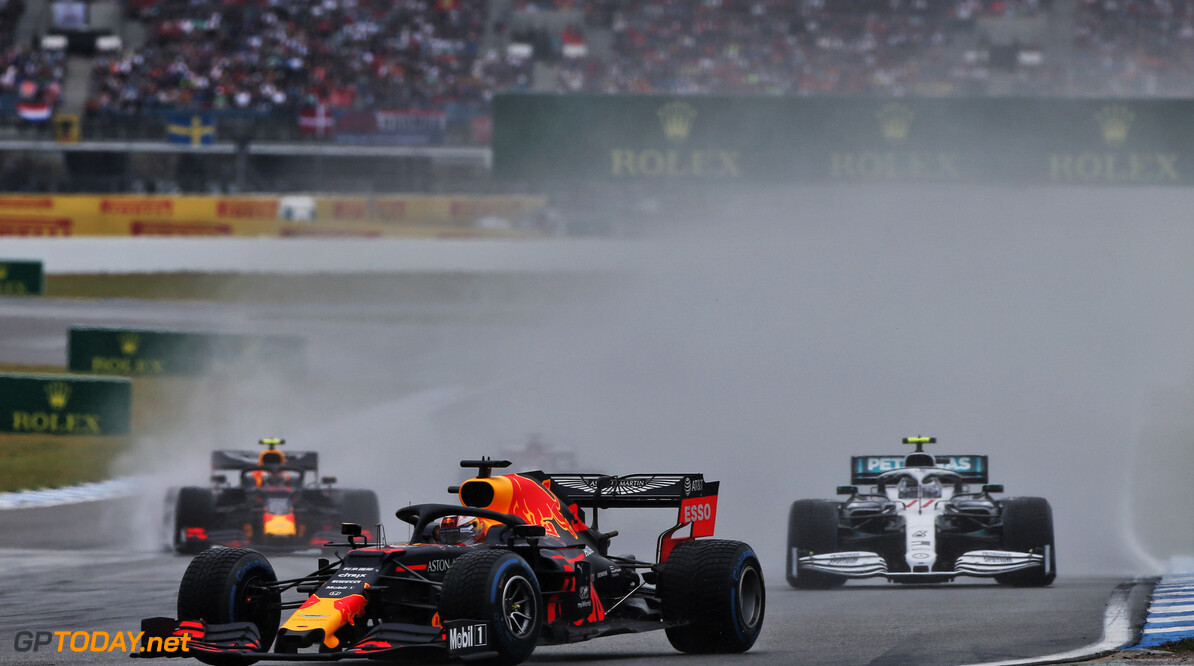 Verstappen 'in class of his own' - Horner

Max Verstappen was "in a class of his own" in Hockenheim, according to Red Bull team principal Christian Horner.

In one of the most unpredictable races in recent memory, Verstappen came out on top in an afternoon where he saw his competitors fail.

There were crashes from Hamilton, Bottas, Leclerc, his teammate Pierre Gasly and many other drivers.

The safety car was brought out on a number of occasions, which put a lot of pressure on Red Bull to choose the right strategy.

Even with a 360 degree spin, Horner was full of praise for the young Dutchman.

“Unbelievable,” said Horner. “To win a race like that when conditions are like this, it’s a little bit of a lottery anyway, but Max kept his head and he was brilliant out there.

“Those kind of races, he really excels at,” he added, ”and he was in total control when he got to the front.

“We were giving him all the information we could about where he was tyre-wise compared to his opponents and he was still able to push push push – and once he’d got clean air, then he was in a class of his own.”

Verstappen added: “It was amazing, of course to win, but it was really tricky out there."

“We made the right calls and you really had to be focused. We pitted onto the slick tyre, had a little moment, made a nice 360 so that was nice. Enjoyed that.

“It was all about trying to not make too many mistakes,” he added. “You learn, over the years. I was very happy with the whole performance today.”