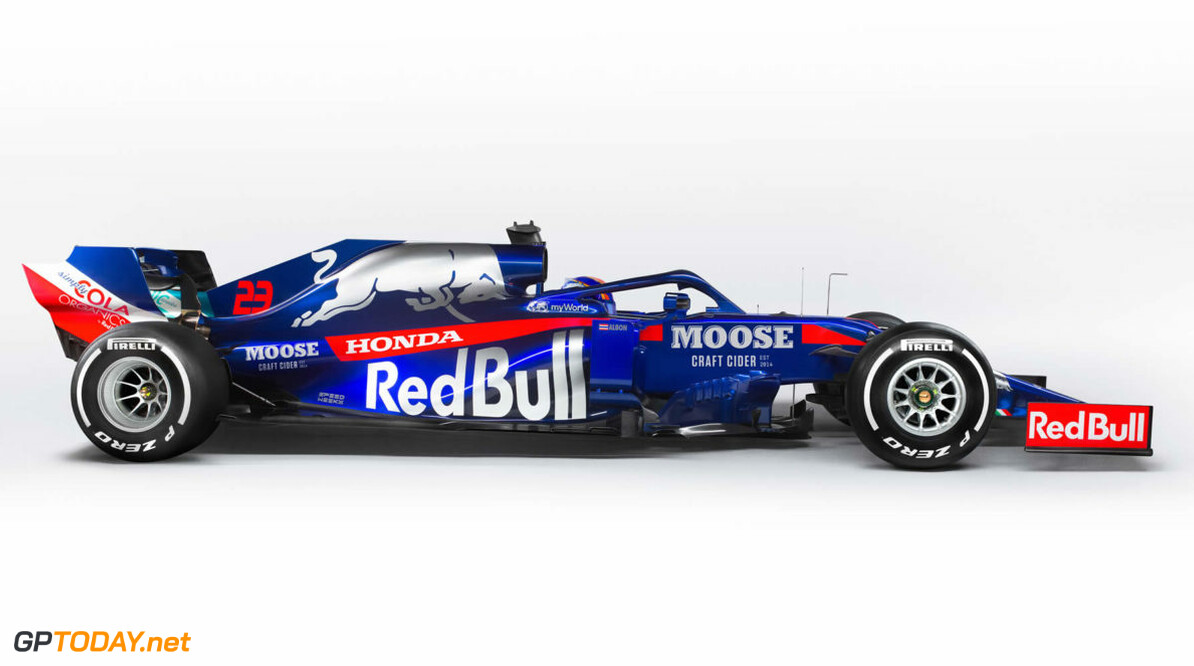 Toro Rosso has announced a new sponsorship deal with Moose Craft Cider, with the logo to feature on the STR14 from the German Grand Prix onwards.

As well as having the logo on the side of the STR14, the logo will also appear on the race overalls at Toro Rosso, as well as Albon's helmet.

“It’s a real honour to be a brand ambassador for Moose Craft Cider, a young and ambitious Thai brand that I can personally identify with," Albon said.

"It also shows that Formula 1 is growing in popularity in my home country Thailand, something that makes me incredibly proud and happy.”

Toro Rosso team principal Franz Tost added: “Moose Craft Cider is a famous Thai brand and we are very proud to work together.

"It’s fantastic to have a Thai company invest in the team and it’s a clear demonstration of Alex’s growing popularity in the country and the progress the team is making.

"Having a Thai partner in combination with Alex being a Thai driver makes total sense, and we hope we can gain many more Thai fans over the months to come.

"We are very impressed by the brand’s ambition and we will give our best to support them to achieve their goal of not just growing the brand within and beyond Thailand, but also to encourage more young Thai drivers to follow in Alex’s footsteps.

"We look forward to working with Moose on some exciting initiatives in the future."

Toro Rosso added that the deal was signed "to support Thailand’s motorsport ambitions on a global stage to further develop grassroots motorsport and to empower young people to follow their dreams".