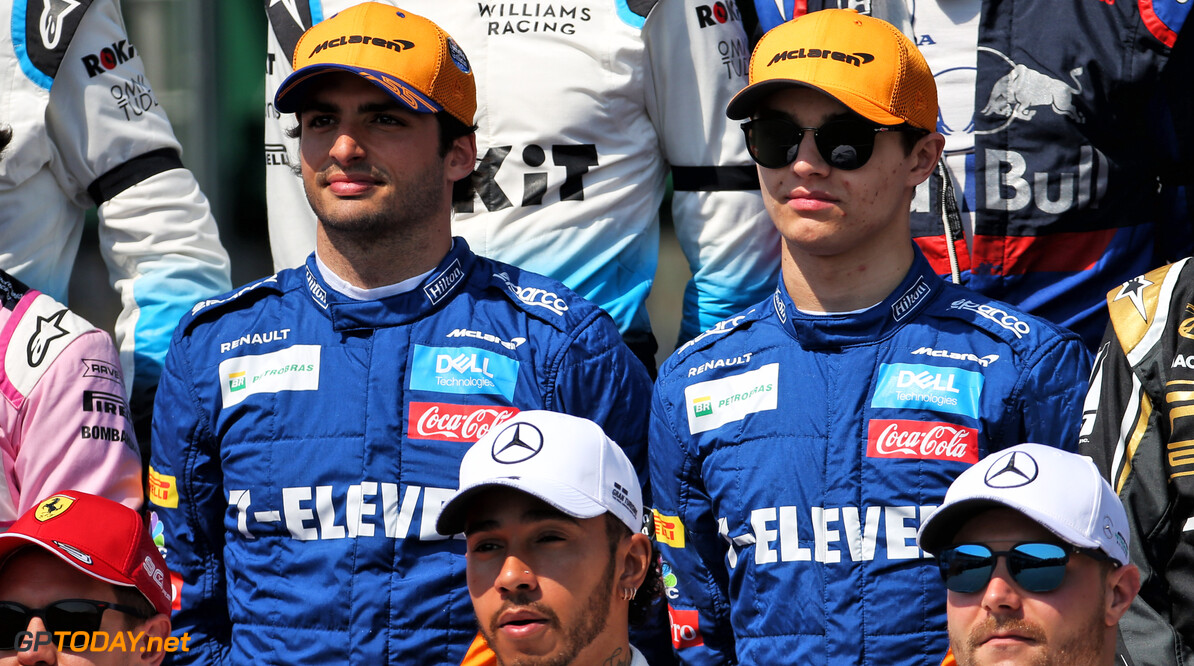 2016 Formula 1 world champion Nico Rosberg believes that Carlos Sainz and Lando Norris wouldn't get along if McLaren was more competitive.

The 2019 McLaren racers have enjoyed a publicly strong relationship, and have been seen joking and laughing with each other this season.

Norris says that the two are good friends, which is something that he has been able to enjoy with most of his teammates during his career.

"I guess you see a lot of stuff on TV where teammates are laughing with each other and everything, but as soon as they go behind closed doors they, like, hate each other,” Norris told Reuters.

“That’s all fake, but I think we’re just good friends. We get along, we have fun. I don’t know if it’s something he’s always had, but it’s definitely something I’ve always had with my team mates 99% of the time.”

Sainz added: “Outside of the track, I think there’s no point in being selfish, in being that kind of teammate. At the moment McLaren is going through a period that if you start being selfish, it’s just not going to help the team.

“The atmosphere we are living in the team right now, the positivity, the momentum, the motivation we all have, I think Lando and I have realized it’s for our own benefit to keep this thing going until hopefully we can make it back to the top. And then we’ll see."

However, Rosberg says that should the team become more competitive, a driver's ego will take control and the level of competition would become too great to maintain a working friendship.

“They are racing for 10th place. If they were racing for a world championship, it would change rapidly, mark my words," Rosberg said.

“You can’t be friends. You can only be friends if there is a clear number one and two. If you have got two guys who are trying to beat each other, it is impossible to be friends.

“You are so ego-driven and within a team, the politics going on are so big. You are fighting for a world championship and there’s so much at stake that unfortunately that becomes more important than friendship."