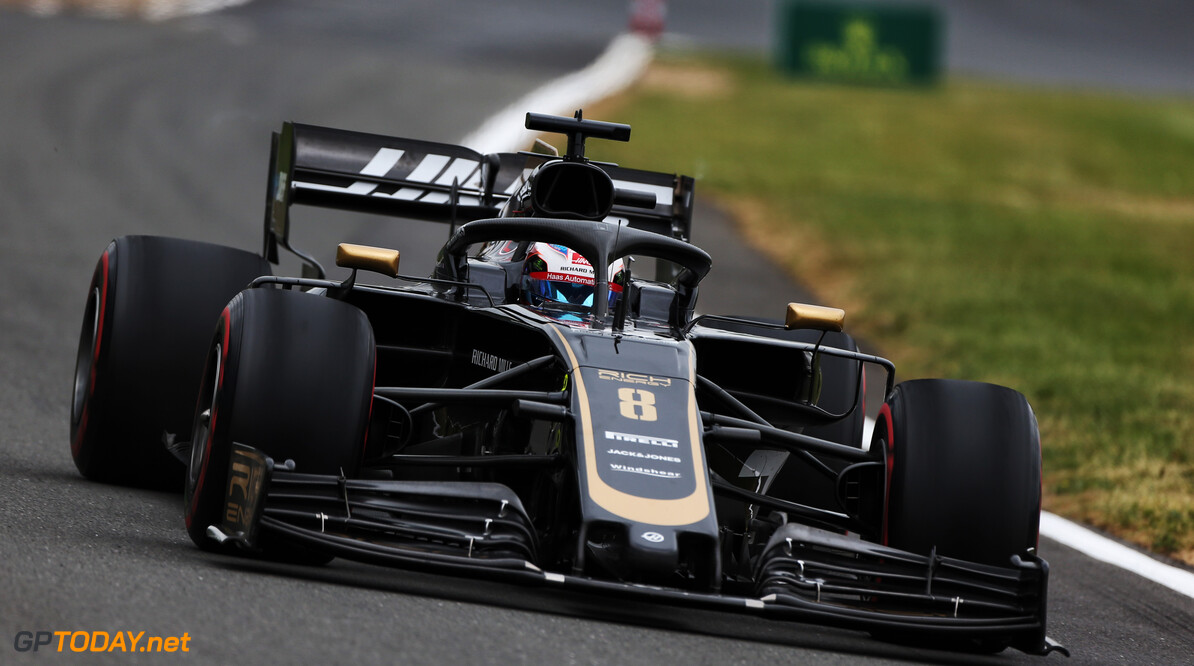 Grosjean expecting a call from head office after Silverstone crash

Romain Grosjean admits that he is expecting to be called to "the boss' office" following his collision with teammate Kevin Magnussen at the British Grand Prix.

The pair made wheel to wheel contact at the start of the race, with the hit enough to see both cars retire from the event following a return to the pit lane.

The incident capped off a miserable weekend for Haas, as it attempted to understand why it's having race pace issues by putting Grosjean in the Australia specification car.

Haas team principal Guenther Steiner stated after the race that he "couldn't believe" he watched his two cars crash into each other on the first lap.

Grosjean stated that Magnussen was in his blind spot, and believes that there was nothing amiss with the positioning of his car.

"Something touched my rear wheel and punctured me," Grosjean said. "It's a spot that I can't see, a blind spot.

"It's a shame because it was a race in which we wanted to check different packages and I felt good, I had good hopes for the race. But then it was gone straight away.

"The damage was too big and we had to retire the car. Unfortunately when the tyre delaminates the floor picks up a lot of damage and the car was just not balanced at all. The car was too unbalanced to carry on.

"I think the boss will call us into his office but from my point of view, there was nothing I could have done. Maybe the footage will say otherwise but I don't think I did anything wrong."

Haas is currently 9th in the constructors' championship standings, three points behind Toro Rosso, but has now gone four races without a top ten finish.