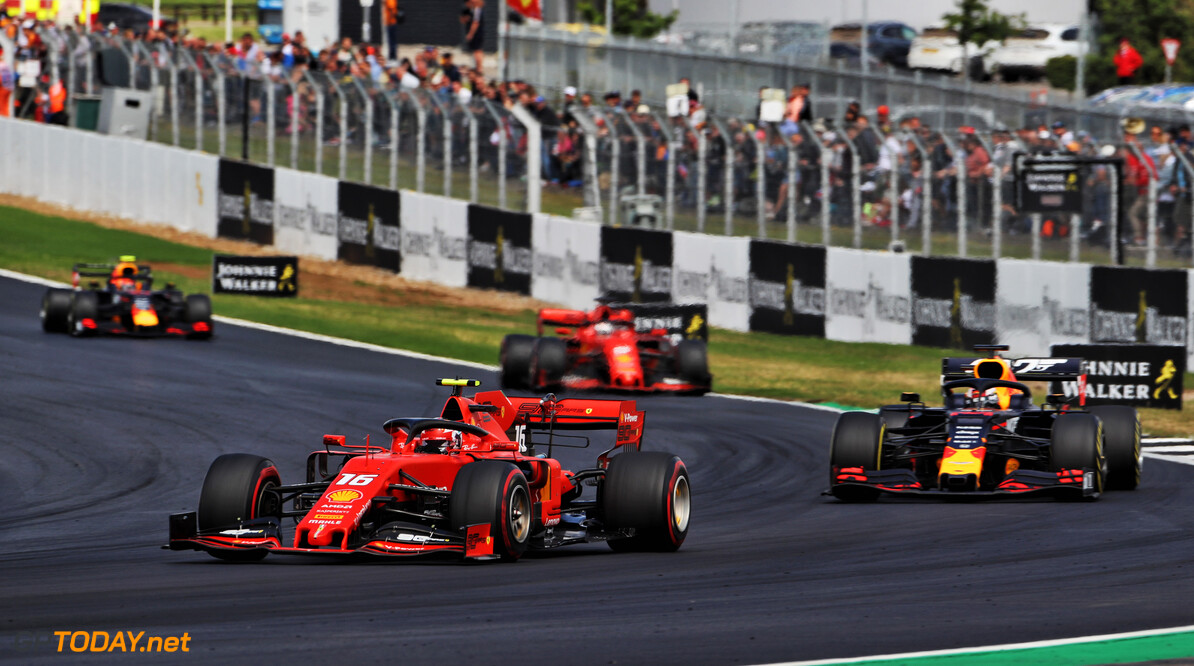 Hamilton failed to claim pole by the smallest margin seen in the turbo hybrid era, but came out on top in the race. Engaged in a fierce battle with teammate Bottas, Hamilton showed racing respect and had strong pace on the hard compound to take an unprecedented sixth win at Silverstone.

Beating Hamilton to pole position is no easy feat, but for the fourth time this year, Bottas managed it on a Saturday. On Sunday, Bottas wouldn't give up his lead easy and retook the first spot after Hamilton momentarily moved up to the head of the pack. However in the second half of the race, Bottas had no answer for his teammate and had to settle for second.

After a strong qualifying, Leclerc showed some sturdy race craft following on from his Austria heartbreak and had fun with both Red Bulls on his way to the podium. Although he was hurt by his safety car pit stop, the crash between teammate Sebastian Vettel and Max Verstappen promoted him back into the final podium spot.

Gasly enjoyed by far what was his best weekend of the season. The Frenchman was battling with the Ferraris during the race and achieved his best result following the aforementioned collision between Verstappen and Vettel.

It was quite surprising to see how close Verstappen got in qualifying. A podium looked to be on the cards for the Dutchman before his clash with Vettel, and was luckily able to continue to limp home in fifth place.

Sainz lacked pace in qualifying while teammate Norris starred, but he benefitted from the timing of a safety car to get inside the top. In the latter stages, he fended out the Renault of Daniel Ricciardo to secure another strong result for McLaren.

Renault bounced back strongly from its misery in Austria, with Ricciardo topping the midfield in qualifying. After making his final stop, he was out of the points, but recovered strongly to cross the line in seventh.

Once again Giovinazzi managed to get the better of Raikkonen in qualifying but Raikkonen's experience showed in the race as he pulled his way into the points to score his seventh top ten finish of the season.

A bitterly disappointing qualifying saw Kvyat drop out of Q1, but in the race the Russian recovered well, stopping under the safety car to take home points for Toro Rosso.

Hulkenberg once again lost out to teammate Ricciardo in qualifying but hit a couple of issues in the race, such as a power unit issue and contact with Sergio Perez at the safety car restart.

Norris had a good qualifying, where he narrowly missed out on 7th place in a session where his teammate finished down in 13th. After a good start and battling superbly with Daniel Ricciardo on the first lap, the Brit lost out due to the timing of the safety car and just missed out on the points.

Albon had an amazing qualifying session, as he somehow managed to get his Toro Rosso into the final stage to start from 9th. However after being caught out by the safety car, he was forced to complete 39 laps on the medium tyres. A "high voltage issue" meant that it was advised that the Anglo-Thai driver shouldn't make a second stop, and due to excessive tyre wear lost his points finish in the closing stages.

Stroll could not end his unwanted streak of not getting out of Q1, but this is mostly due to his Racing Point car. He was only a tenth slower than Perez, but in the race was in contention for points until he made a second stop towards the end of the race.

There isn't much that can be said about Russell's performance this weekend that hasn't already been said. Yet again he was comfortably ahead of teammate Kubica, but could not race anybody else due to the pace (or lack of) in his Williams car.

In comparison to Austria, it was a much better performance this weekend from Kubica. The Pole was much closer to his teammate Russell, but still failed to beat the young Brit. He'll need to improve if he wants to keep his seat next year.

Britain was almost certainly Vettel's worst weekend of the year, as the German qualified behind the two Red Bull's in qualifying, a full half a second behind his teammate. Then after benefitting from the safety car he had a chance at a podium, but when fighting with Max Verstappen he rear-ended the Red Bull. There was no excuse for this crash, on a weekend where teammate Leclerc excelled.

Perez had a good qualifying, where he was able to just squeeze into Q2 by a tenth of a second. However, in the race he collided with Nico Hulkenberg due to a brake balance and steering wheel issues, which ruined his chances of scoring any points in the team's home race.

Giovinazzi was having a good weekend until the incident in the race, as he out-qualified his teammate Kimi Raikkonen and was running well in the early stages of the race. He was unlucky to pick up a puncture which caused the incident, and up untill then he had a good chance at scoring points for only the second time in his career.

Grosjean did well to get into Q2 in the Haas, a car which had been reverted to Australia-spec as the team try to understand their VF-19. However, the Frenchman made a few crucial mistakes during the weekend, where he crashed in the pitlane and then into his teammate.

It was a weekend to forget for Kevin Magnussen, as a poor showing in qualifying saw him exit in Q1. Then, after a good start he collided with his teammate Grosjean and had to retire from the race.