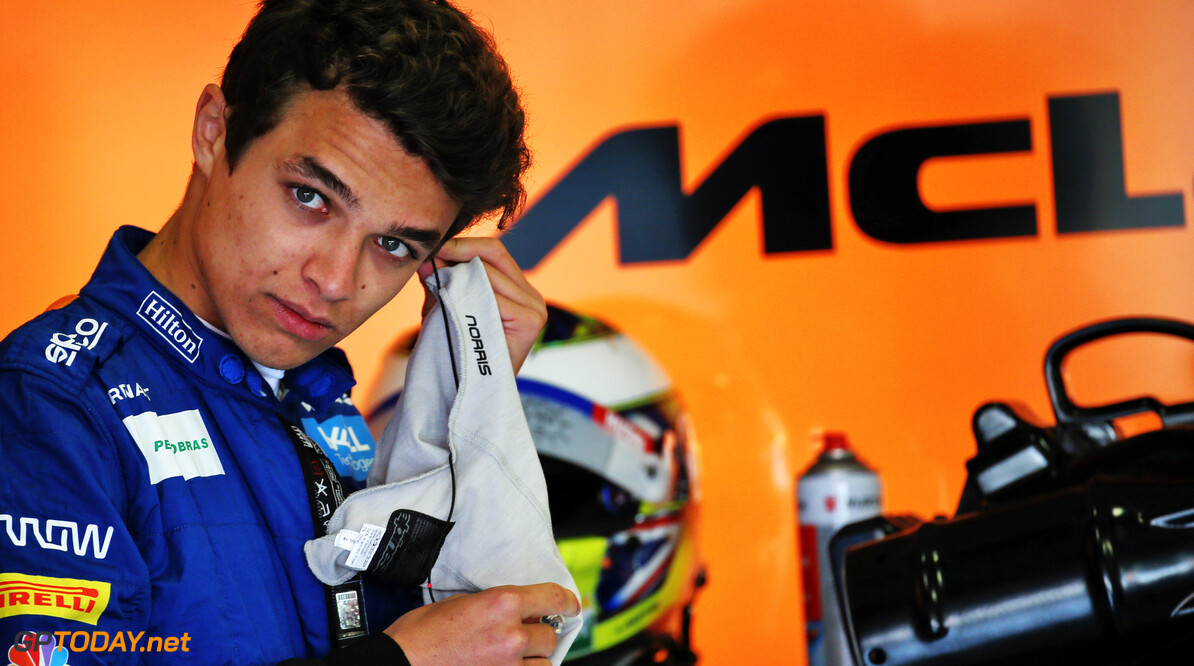 Norris: McLaren doesn't have the pace to ease into Q3

Lando Norris has played down McLaren's pace at Silverstone, insisting that it isn't in a position where it can expect to make it to the final stage of qualifying.

On Saturday, Norris got through to Q3 while teammate Carlos Sainz was knocked out in Q2 amid an extremely tight midfield battle.

Norris, who has put in some impressive qualifying performances in recent races, denies that it is feeling "normal" to be high up in the midfield pack.

“I wouldn’t say it feels normal,” stated Norris. “I’m still very excited for the whole team and also myself to get into Q3 because I know I must’ve done a good job.

"It’s not like we’re easily quick enough that Q3 is an easy thing to do. It’s the same today, a small mistake can still cost you getting into Q3, so we have to get into Q3 off of pure performance and bring the lap together and really nail it, and that brings me confidence.

“Of course, when we don’t get into Q3 it’s very disappointing, especially because in the last few attempts we have done, but I don’t think it’s a massive surprise if we, like Carlos today or me in another race don’t get into Q3. I still love it and I’m still very proud to get into Q3.”

Norris was beaten to seventh place by Renault's Daniel Ricciardo, but the Briton remains satisfied with his efforts.

“It was a reasonably good qualifying, Q1 started very well and the wind changed a little bit, started to catch me out and I made a couple of mistakes, small oversteers here and there," he said.

"I just couldn’t improve as much as what other teams could do so we need to investigate a little bit from that side of things.

"But from what I feel I could have done, maybe there was one position better but I’m happy with P8."