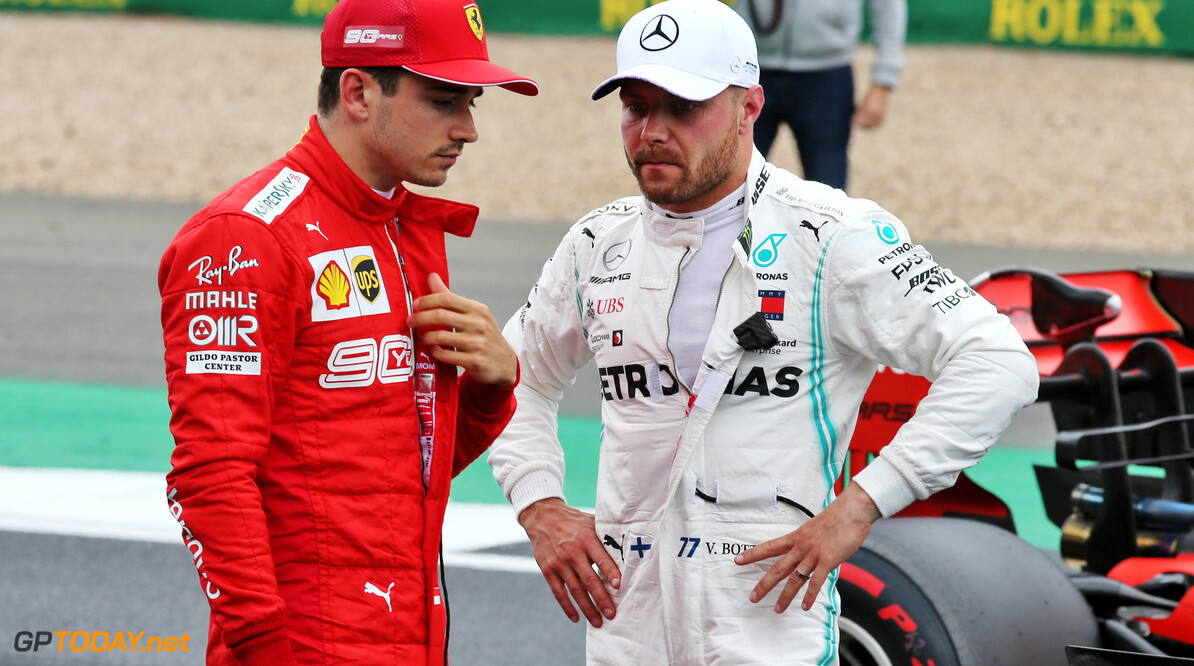 Charles Leclerc is hoping that Ferrari's "audacious" choice of tyre compound in Q2 will help him get the jump on Mercedes at the start of the British Grand Prix.

The Monegasque driver will start the race from third on the grid, but will be on a compound softer compared to Lewis Hamilton and Valtteri Bottas in front.

Leclerc is still waiting to pick up his first win, having been denied late on twice this year at Bahrain and last time out in Austria.

While he expects the Silver Arrows to be quicker over the course of the race, Leclerc is keeping his mind open regarding taking his maiden F1 victory at Silverstone.

"It was very very close, but I'm extremely happy with my lap," Leclerc said. "I think they were just quicker. We've had some problems with our front end from FP1, still in qualifying but a little bit better.

"I hope we can fix that in the next couple of races and hopefully we can gain some time.

"We did an audacious choice of tyre for the start, softer than our opponents. So hopefully we can have a good start, be first at the end of the first lap, keep that position and take my first win.

"It sounds easy but it's very very difficult, Mercedes is extremely quick during Friday race simulation so I expect them to be quick."

Leclerc added that he "knows I can go aggressive" as he will start alongside Max Verstappen, who defeated him in Spielberg two weeks ago by pulling off an overtake after they both banged wheels.