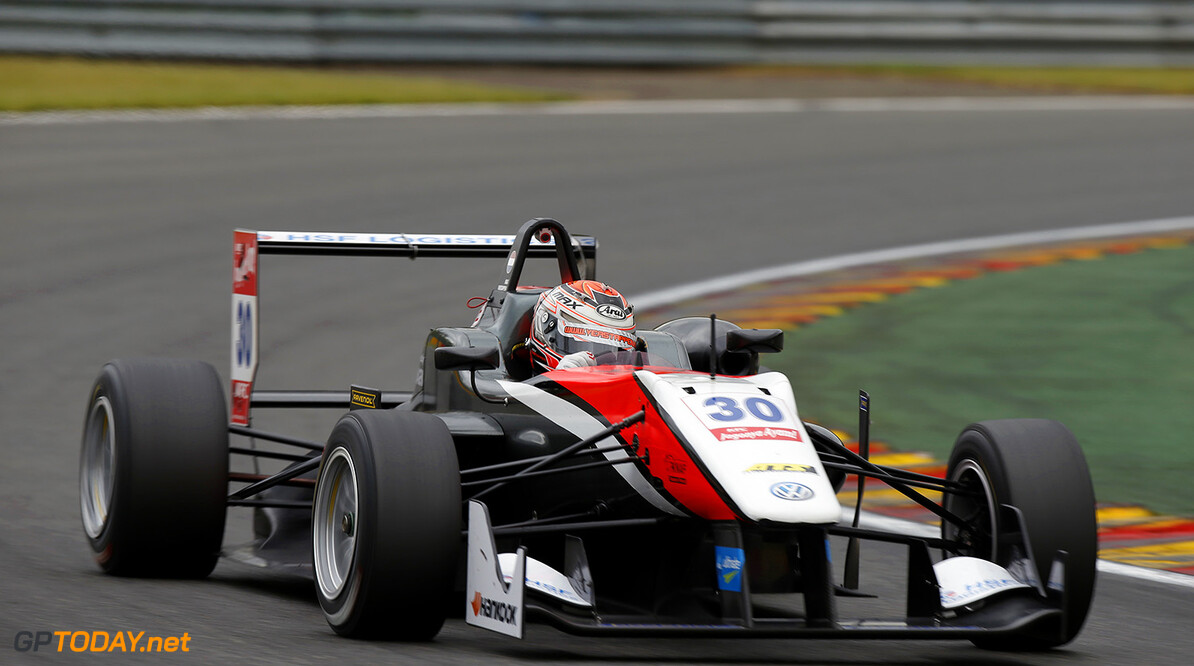 Marko: Verstappen in F3 was 'dramatically different to anything I had seen before'

Red Bull advisor Dr. Helmut Marko says that watching Max Verstappen in Formula 3 prior to his rookie year in Formula 1 was "dramatically different" from anything he had seen from a junior driver before.

Verstappen made his Red Bull debut in 2015 with Toro Rosso, one year after racing in the European F3 championship, which was his maiden season in cars.

Red Bull secured Verstappen to its programme by offering him a Toro Rosso seat for the 2015 season, which came about after Marko conversed with him watched the Dutchman trackside.

“I had an hour-and-a-half conversation with him,” Marko told Formula1.com. “Normally, drivers are in for 30 minutes or so, but this was a very long and good conversation.

"He was a mature human being in a very young body. Normally, older drivers still aren't mature enough.

“It was not only about motor racing, he knew all the important things. One of his sponsors is Jumbo, which is a big supermarket chain, and he knew all about the company and the figures. It was impressive. Some drivers, they don’t know where Croatia is, for example!”

"He was two seconds faster than anybody else,” said Marko, referring to a wet race at the Norisring. “His car control was just unbelievable. It was dramatically different to anything I had seen before.”

Verstappen had only just turned 17 when he took part in his first free practice one session in Japan, which came after his race deal had been confirmed.

Horner agreed with Marko's plea to get him in a race seat as soon as possible, as they were aware that the now Red Bull racer was a sought after driver.

“Helmut said he had a crazy idea,” stated Horner. “He said: ‘I think if we really want to get him, I think we have to offer him a seat in Toro Rosso next year’, which bearing in mind Max was 15 at the time, was quite punchy.

"But I totally agreed with him and felt he would be capable of doing it. There were a lot of people who doubted he would be able to make the big jump to F1.

"But he was a driver of such ability; there was just something unique about him. It was a straightforward thing to do.”