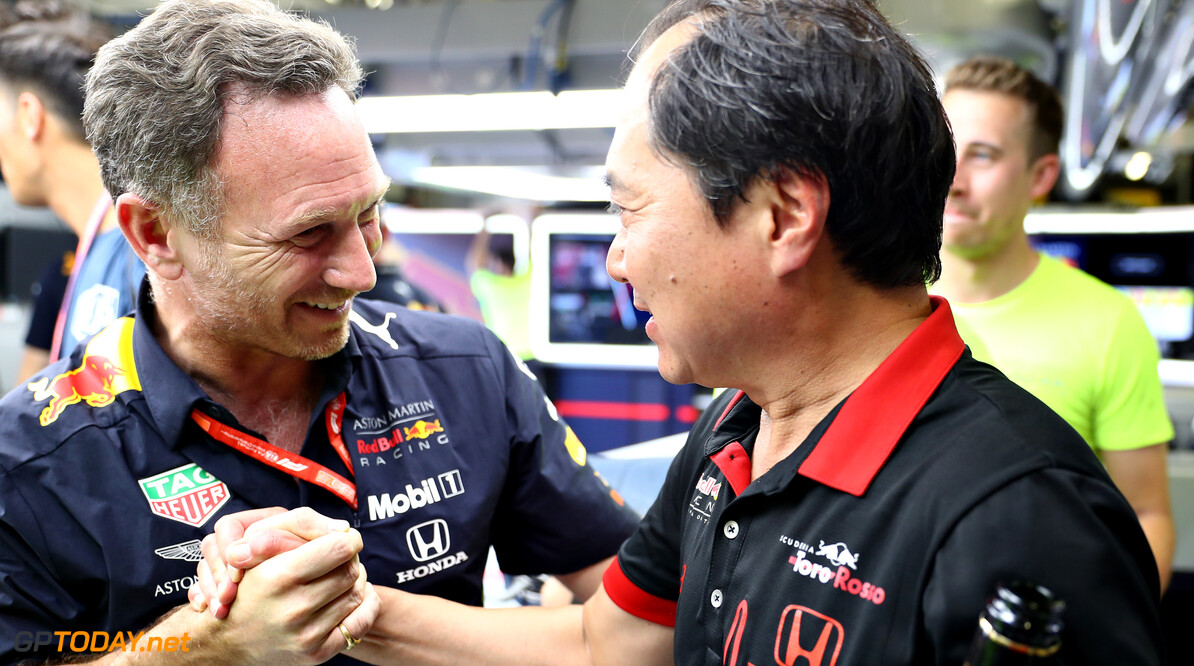 Honda was 'on the edge' with cooling

Honda F1 director Toyoharu Tanabe has revealed that Max Verstappen's engine was on the edge in terms of cooling during the Austrian Grand Prix.

In the last 30 laps of the race in Spielberg, Honda provided Verstappen with extra power as he charged through the field and on his way to take his sixth career win.

However, it also had to mind the engine as the hot temperatures during the race but a big strain on the engines across the field.

It also marked Honda's first since returning as a power unit supplier in 2015 - a feat that surprised Tanabe, who didn't expect to be competitive in Austria.

"We were on the edge on terms of cooling,” he said. “Of course, the high temperatures forced us to save the power unit. We tried to extract as much power as we could.

“I did not [expect to be competitive] like this, be so strong. From the previous races we could see a very strong Mercedes but sometimes we could compete with Ferrari.

"Differently, we showed the strongest performance against them, so I’m a bit surprised."

Having got a race win out of the way, Tanabe affirms that Honda's full focus is on reeling in its rivals, as Mercedes has won every other race so far this year.

"Of course this result encourages the members of our development team, but from the beginning of the season we could really see a big gap to Mercedes and Ferrari," Tanabe said.

"In Austria it was okay; we were strong, but for the next race, I cannot guarantee we’ll be a strong as [Sunday], that we’ll have the same competitiveness compared with the others.