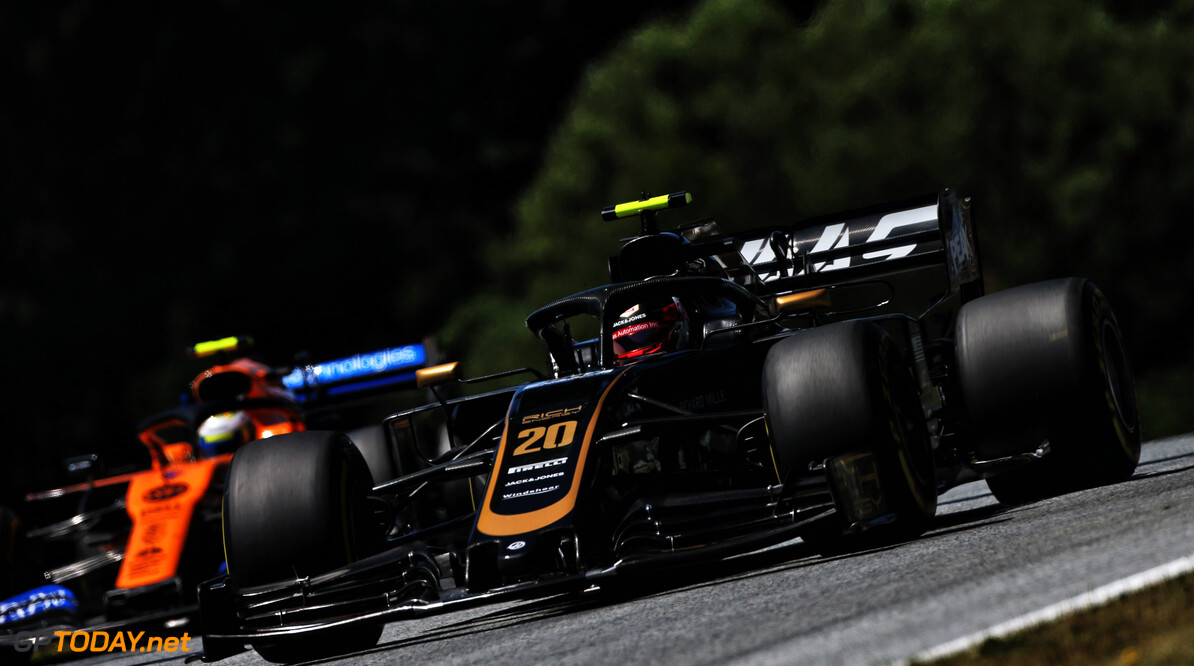 Magnussen didn't expect set-up change to work ahead of qualifying

Kevin Magnussen admits that he didn't think a late change to his set-up would work as well as it did on his to qualifying fifth.

The Dane will be demoted back to 10th place as he was fitted with a new gearbox before qualifying, which resulted in an automatic five-place penalty.

Magnussen was nevertheless pleased with his performance, as he qualified 'best of the rest'.

"It just came together on that final run," he said. "The grip was there, we added a lot of front end. I wasn't expecting that it would work and I had a little bit of understeer in the high-speed corners.

"The team has really been on it today, not only giving me what I needed in the car, but also the guys in the garage changing the gearbox between FP3 and qualifying."

Magnussen was heard over the team radio shouting ecstatic about his qualifying position as he celebrated with his team.

"As I was saying that, I drove past the television and saw that it was P5 and I got really excited. Just such a rollercoaster day of emotions.

"After FP3, losing the gearbox and getting a penalty. I was not expecting much but putting it P5, it was a release of emotions."

Magnussen added that despite his demotion down the order, he still has positions and points to fight for come the race.

"You just got to accept it and do what you can. You still have something to fight for. It's disappointing not being able to start fifth but nonetheless just happy with that performance.

"We start in P10 on the wrong tyre with no straight-line speed, but other than that it's all good," Magnussen laughed.