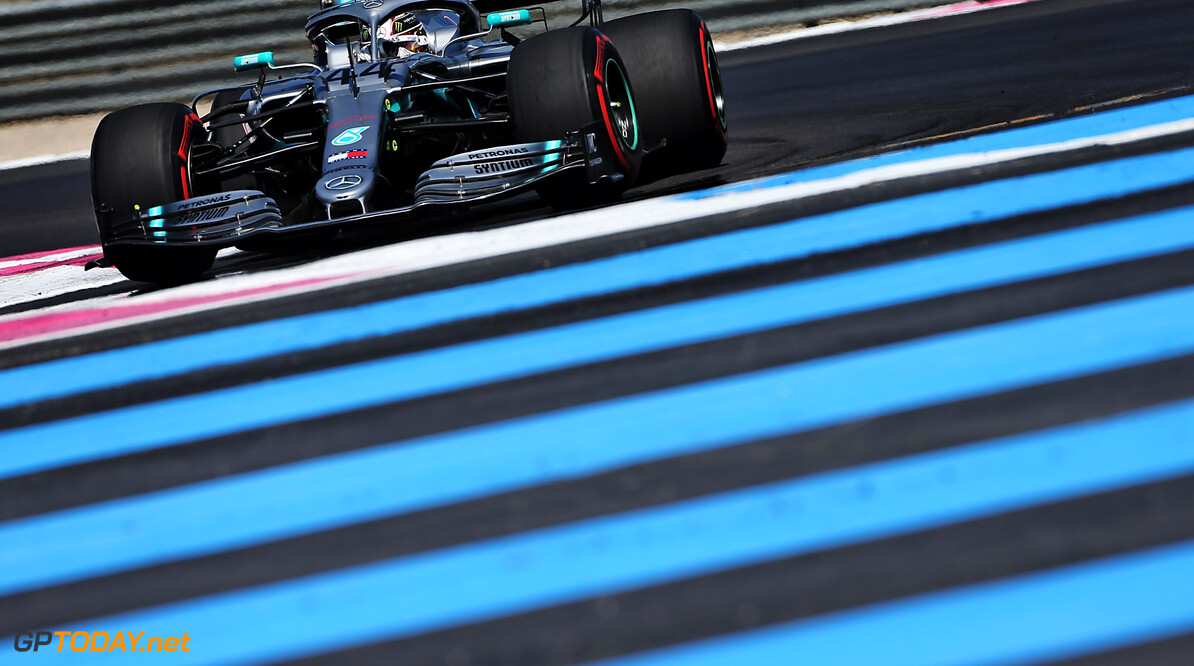 Hamilton: Tyres too hard to offer more than one pit stop

Lewis Hamilton believes that the Pirelli tyres that are in use this weekend at the Circuit Paul Ricard are too hard to provide a faster strategy than a one-stop.

Pirelli has brought the C2, C3 and C4 compounds to the circuit, with the latter, softest compound suffering heavy graining during the opening day of practice.

Hamilton says that the C4 compound is still too hard over a qualifying run, but with high fuel in the car, it falls away rapidly.

"Even though we've got the soft tyre, they're hard over a single lap," Hamilton admitted. "They're not easy to get working in the right range.

"But then on the long run, the soft tyre doesn't like the heavy car. They grain quite easily so I don't think we'll be going far on those tyres.

"The medium and hard look quite resilient, but the track was 55, nearly 60 degrees which is the highest we've seen so far this year. I would hope that'll mean more stop, but these tyres are too hard it'll probably be a one-stop.

"And also, the pit lane is so slow. No one wants to lose 27, 28 seconds in the pit lane so they'll eke out them. So I'm not expecting to see the most exciting of duels out there."

Hamilton was pleased with Mercedes' start to the weekend, as it finished one and two at the end of both practice sessions.

The five-time world champion says that little things need to be fixed and adjusted for the Silver Arrows to deliver its maximum pace.

"It's not been a bad start to the weekend," he said. "It's odd, because we were all struggling for grip out there, it was quite poor. I think there's a new surface on a lot of corners, so a lot of sliding.

"But generally we're all in the same boat. Regardless, we still have really good pace and we're just trying to fine tune the set up a bit.

"Valtteri seemed to be happy in the second session, so it's all just about small details to work on for qualifying."