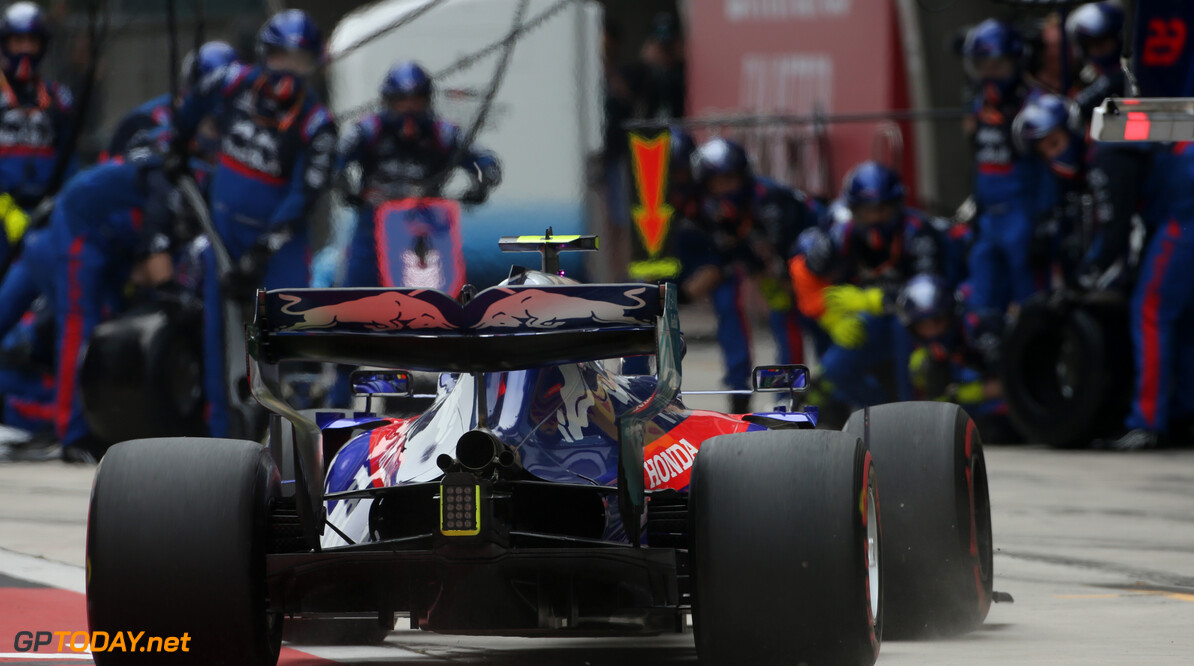 Alexander Albon has stated that teammate Daniil Kvyat was closer to the limit of his engine components, which is why he is the only Toro Rosso driver receiving the new Honda engine.

Honda confirmed earlier this week that it would introduce it's Spec 3 engine at the French Grand Prix weekend, with developments focused on the internal combustion engine and turbocharger.

MORE: Step to F1 was 'daunting' for Toro Rosso's Albon

Both Red Bull cars will get the new unit penalty free, while Kvyat in the Toro Rosso will be demoted on the starting grid following qualifying for exceeding the number of components that can be changed penalty-free.

It will be Kvyat's fourth engine and third turbocharger of the season, while Albon will receive the new unit (and a grid penalty) at a later race.

"We'll see," Albon said about the new upgrade. "It's hard to say until we start comparing them tomorrow. But I'm just focusing on my side of the garage.

"The way I see it, we knew that whatever we do now, we're going to get a penalty for it. On my side of the garage, we're looking quite good with the engine.

"Daniil was a bit closer to limit so they decided to change it earlier than mine. It's fine by me, I just have to get on with it now.

"As a team, we didn't want two cars to get penalties, so we split it. Regarding the future we have to see because we don't know when I'll get one yet."

Albon endured a tough race last time out in Canada, as he lost his front wing on lap 1, going on to eventually retire from the race.

However, the Thai-British driver has littlke concern over the pace, as he was happy with the car in Montreal.

"Montreal actually wasn't that bad the pace was strong," he declared. "We were on the verge of Q3 and I made a mistake at Turn 10. So I'm not concerned about the pace.

"Montreal wasn't the easiest circuit, but it wasn't a smooth weekend compared to the others. After Turn 1, I was out of it after that. A shame, but it's a fresh start this weekend."