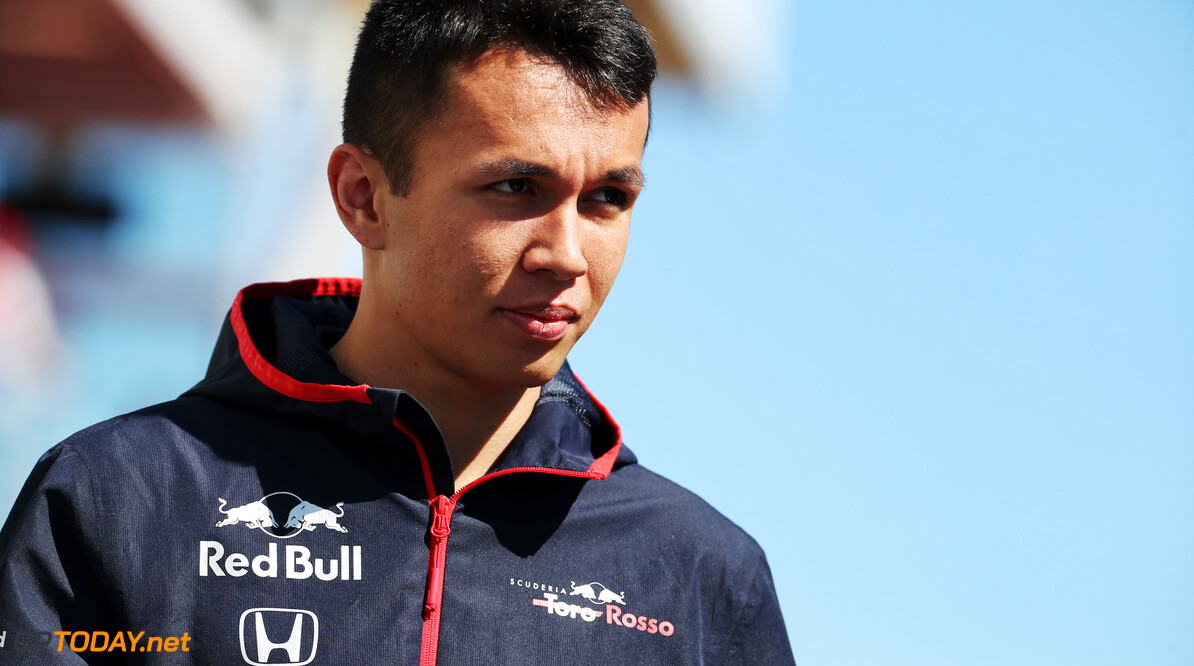 Step to F1 was 'daunting' for Toro Rosso's Albon

Toro Rosso's Alexander Albon said he felt 'daunted' by his initial step into Formula 1, but good results and points scoring positions helped him relax into his new position.

The Thai driver was supposed to be competing for Nissan e.dams in Formula E this season, but was a surprise announcement by Toro Rosso prior to this season.

Albon had never driven an F1 car prior to the team's shakedown of their 2019 challenger, the STR14, at Misano before the official pre-season testing took place in Barcelona, and was the only 2019 driver present that had not yet obtained the necessary mileage for an F1 superlicence.

“The F1 circus isn’t so crazy once you’ve spent time in it," Albon said. “You just adjust to it and everything becomes normal. I’m getting there. At the beginning it was a bit daunting in some respects how much stuff you had to do. Now it’s more like, you get used to it.”

Albon took four wins on his way to third in last year's Formula 2 championship and was a big surprise coming into this season, having scored points in Bahrain, China and Monaco so far this season.

His highlight so far was a dominant drive through the grid to score a point and finish tenth in China, after a heavy accident in FP3 left him starting the race from the pitlane.

“Early points was always good for me. I’m happy with the team as well. I feel very comfortable with them, I don’t feel stressed out or anything like that. I’ve got a lot of support from these guys and the feeling is good." Albon added.

“I’m still learning. It always feels like you finish a weekend and you’re like ‘I wish I knew that’. It’s been like that for the last six races. So I’m always learning and I’m getting better too but it’s not easy.”