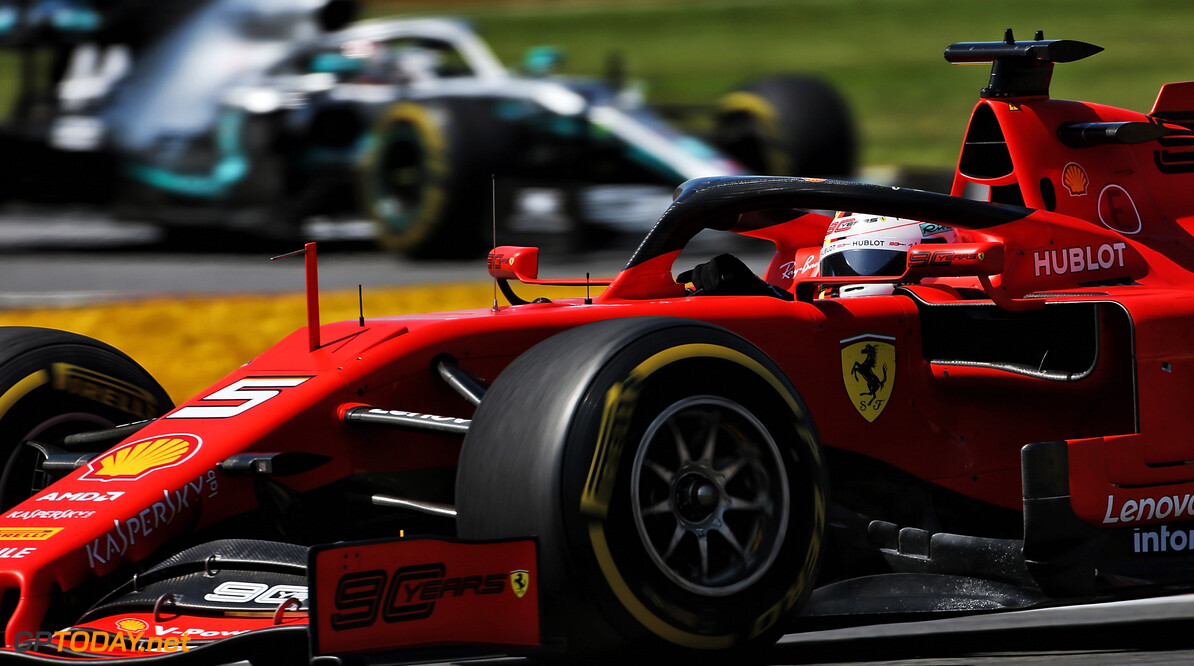 Ferrari has officially requested its 'right to review' Sebastian Vettel's penalty from the Canadian Grand Prix.

Vettel was handed a five-second time penalty after he was deemed to have rejoined the circuit unsafely, causing Lewis Hamilton to brake while they battled for the lead of the race.

The penalty stripped Vettel and Ferrari of their first win of the season, while Mercedes picked up its seventh victory of the year, and its ninth in a row.

The regulations surrounding a time penalty meant that Ferrari could not directly appeal it, however, it was expected that it would go the alternate route of requesting a review.

Ferrari had until Sunday to make sure the review was lodged to the FIA, while it confirmed on Tuesday that it had written to the governing body.

In order for the request to be undertaking and a review to take place, Ferrari must present new and pivotal evidence to the stewards.

The situation is likely to be reviewed at this weekend's French Grand Prix, and if the stewards believe that the new evidence it is presented with is valid, it will listen to Ferrari's case.

Pundits and drivers were split over the decision to give Vettel a penalty for the incident, as the German insisted that he had no control of his car.

Ferrari has not won a Grand Prix since USA last year, while Vettel's drought stretches back longer, as he hasn't taken the chequered flag since the Belgian Grand Prix of 2018.