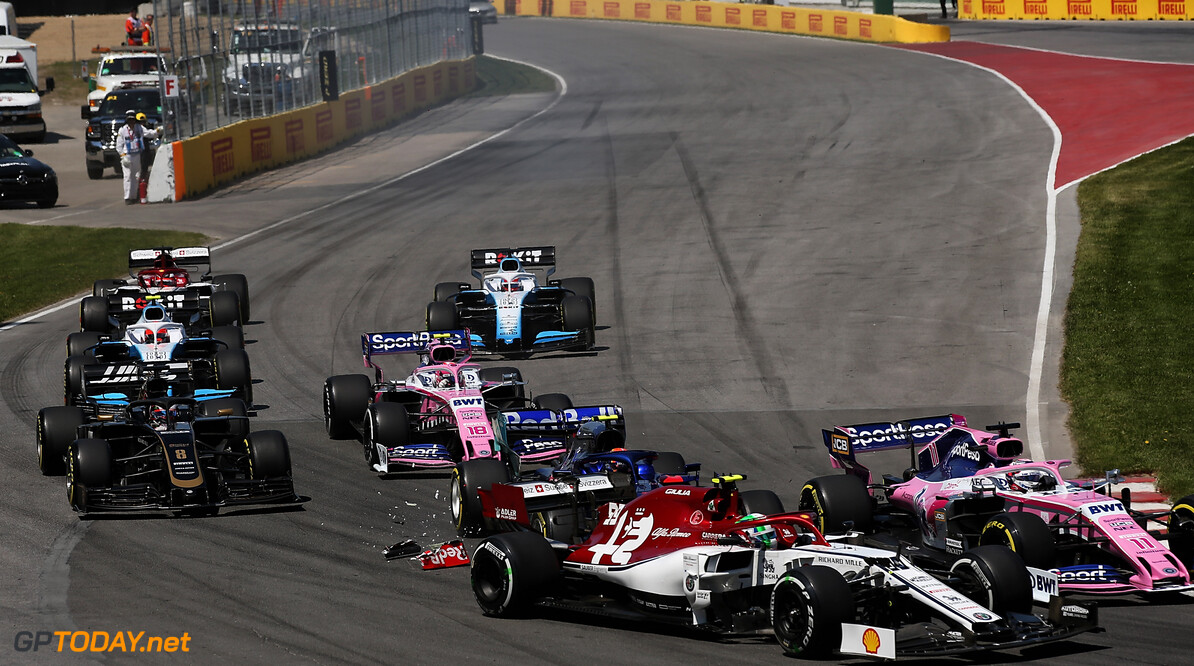 Albon: Braking later into Turn 1 could have prevented accident

Alexander Albon believes that braking later into Turn 1 on Sunday could have prevented him from losing his front wing.

The Thai-British driver clashed with Antonio Giovinazzi and Sergio Perez at the opening corner as they all jostled for position, which resulted in an early pit stop.

The stop dropped Albon to the back of the field, with the Toro Rosso driver eventually retiring from the race. Albon added that he was not happy with his pace after the crash, admitting that it was something that was holding him back all weekend.

"It was a tough one," he said. "Maybe I could've braked a bit later at Turn 1 and stop Sergio coming on the inside. After that, the pace wasn't that strong so I have to work to understand why. I really struggled out there.

"The whole weekend I was struggling on the long runs so some work to do, but we'll see."

Albon's teammate Daniil Kvyat was more positive after the chequered flag, as the Russian managed to secure a point for Toro Rosso.

Kvyat overtook Carlos Sainz for P10 in the final laps to take his third consecutive points finish, following his P9 and P7 results in Spain and Monaco.

"Taking home one point was definitely the best we could do. I took everything out of the car on every lap of the race since lap 1," Kvyat said.

It was a very good race, so to take the one point, it's super cool. With three laps to go, I made a great move, it's what the guys really deserved today."