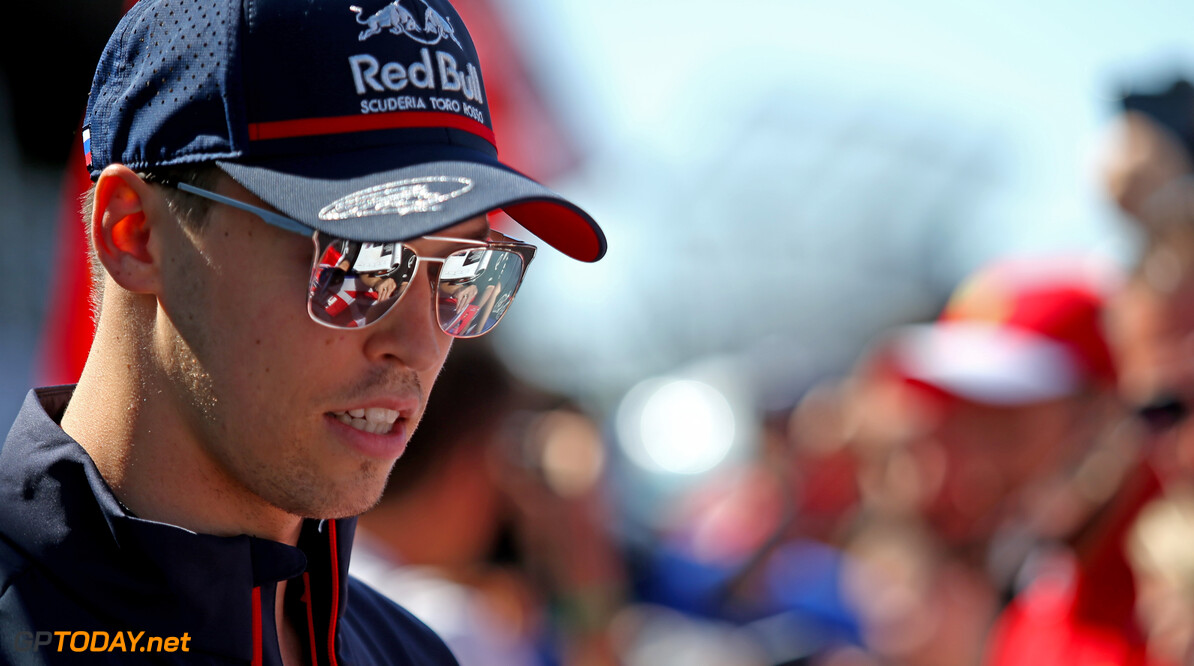 Daniil Kvyat is much more mature than what he was when he last raced for Toro Rosso in 2017, says team principal Franz Tost.

Kvyat returned to the Red Bull junior team this year despite being dropped from the programme altogether in 2017, which resulted in a move to Ferrari as a development driver.

The Russian has scored points at the last three races, while he took his best ever result for Toro Rosso in Monaco when he crossed the line in P6.

Tost says that Kvyat understands the sport a lot more from the technical side, which was most likely picked up while working for Ferrari in 2018.

"Daniil is much more experienced now," Tost stated. "He is much more mature. He understands the technical side much better.

"Last year, as well all know, he was working at Ferrari in the simulator. I think that he learned there also a lot and everything is coming together with him and therefore he is showing a good performance."

Albon 'a surprise' for Toro Rosso

Tost also showed his appreciation for Alexander Albon, who is currently competing in his first season of Formula 1.

The Thai-British driver was brought in alongside Kvyat after he had originally signed to race for Nissan e.Dams in Formula E, and has scored three top ten finishes so far.

In Canada, Albon's race was effectively ended at Turn 1 when he was squeezed between two cars, which destroyed his front wing.

"I must say that Alex is coming up with a very good performance and I think he is a surprise. We must not forget that he is here [in Canada] for the first time and he has to learn the track.

"It looks very easy from the outside but also Canada has some tricky corners, as we know, and he is making good progress.

"As I said before, we have two real competitive drivers. They have high natural speeds; they are quite good and talented."