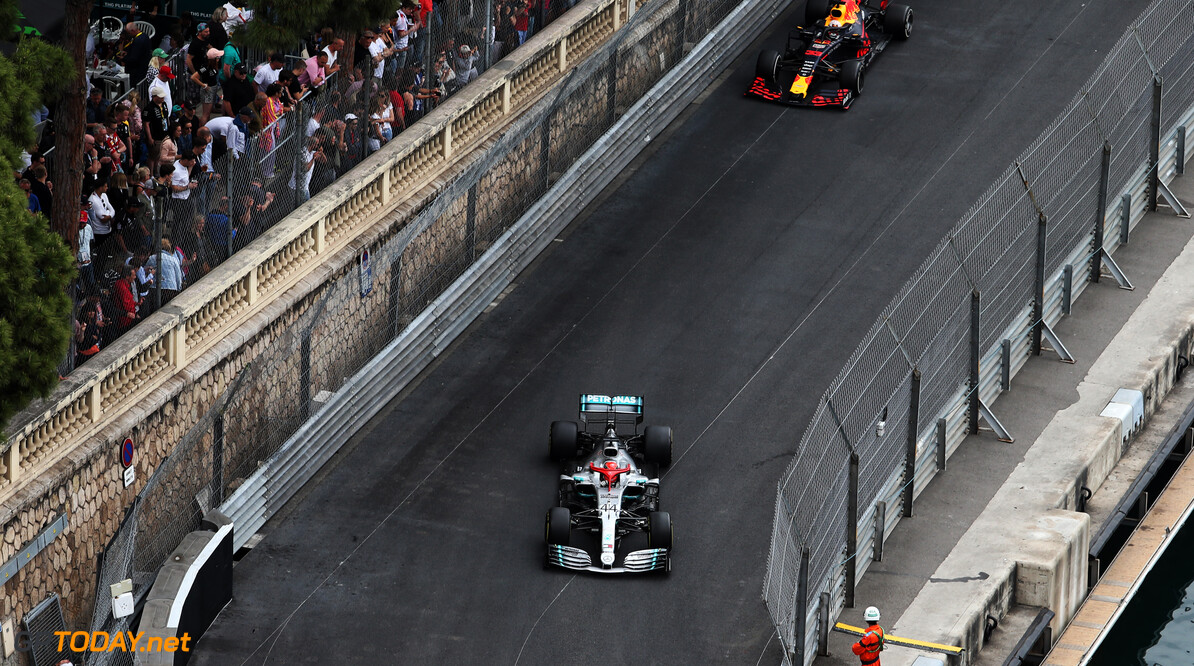 Max Verstappen believes that neither he or Lewis Hamilton were at fault for the contact they made towards the end of the Monaco Grand Prix.

After following Hamilton in P2 for much of the race, Verstappen attempted an overtake for the race lead at Turn 10, which resulted in contact.

Both drivers escaped without any significant damage, and Verstappen dropped to fourth after the chequered flag as he had a five-second time penalty for an unsafe release earlier in the race.

Verstappen insists he doesn't hold any grudge against Hamilton after the incident, maintaining that both drivers raced fairly.

"I was always so close at the hairpin, but all the time coming out of Turn 8, I just lost that momentum," Verstappen said. "At one point I just said 'okay, let's have a go and see what happens'.

"Then we had a little touch. Under braking, normally you don't look in your mirrors, and they're already difficult to see through. There was no one to blame, and we didn't have any real damage."

Straight 'too short' to catch up

Verstappen was told over the radio on the last few laps to shift to 'mode 7', a higher engine mode that offered him more power.

The 21-year-old says that the straight is too short to make any gains, and the situation wasn't helped by Mercedes giving Hamilton extra power to defend.

"We used a few performance modes, but for sure Mercedes was also doing that," Verstappen commented.

"The problem is that out of that Turn 8 corner, I am always late on the throttle because he is a few metres ahead of me. You lose the momentum and the straight is to short to catch up.

"We do have a performance mode, but we still don't have the performance like Mercedes or Ferrari have. We knew that already from the beginning of the season.

"We are all working hard to of course improve the car, but also the engine," Verstappen concluded.