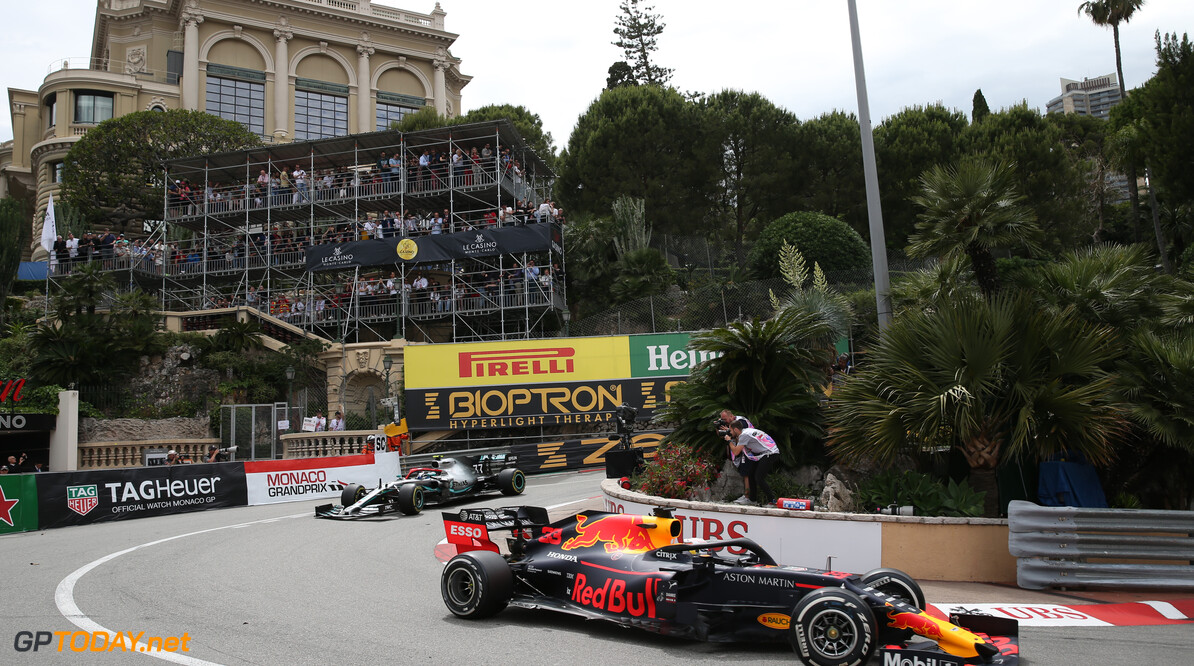 Max Verstappen and Lewis Hamilton have both escaped a penalty after the pair collided in the closing laps of the Monaco Grand Prix.

Verstappen, after being stuck behind a struggling Hamilton for the majority of the race, made a move at the harbourside chicane on lap 76. However, the Dutchman came from a long way back and misjudged his braking.

Verstappen's front wing made contact with Hamilton's left rear, which caused the Brit to continute straight on at the chicane. The incident was immediately put under investigation, but no further action was taken.

"It was close," said Hamilton after taking victory. "A bit of a late dive, luckily I saw him last minute, but his front wing was alongside my rear wheels so he wasn't really pulling past. A light touch and we moved on."

Verstappen expressed how hard it was to try and get past the Mercedes during the post-race interviews.

"I gave it all today to try and get by Lewis," Verstappen told Sky.

"I knew that of course he was on softer tyres and he was taking it very easy once we did the stop so I started to push him and he had to then increase his pace, and at one point he went a bit through his tyres so I could really start to attack him.

"But all of the time out of the tunnel, the problem is that you can't really get close enough out of the corner to really have a good go at it.

"I just tried to put the pressure on. The whole race, following that closely in the dirty air through the high-speed corners is not easy around here.

"I had a fun race. Of course I would have liked to be on the podium but if we look at the pace and performance we were strong."

The stewards concluded: "The stewards considered that neither car was wholly or predominantly at fault for the collision and both drivers took appropriate action subsequently to mitigate the effects of the contact."